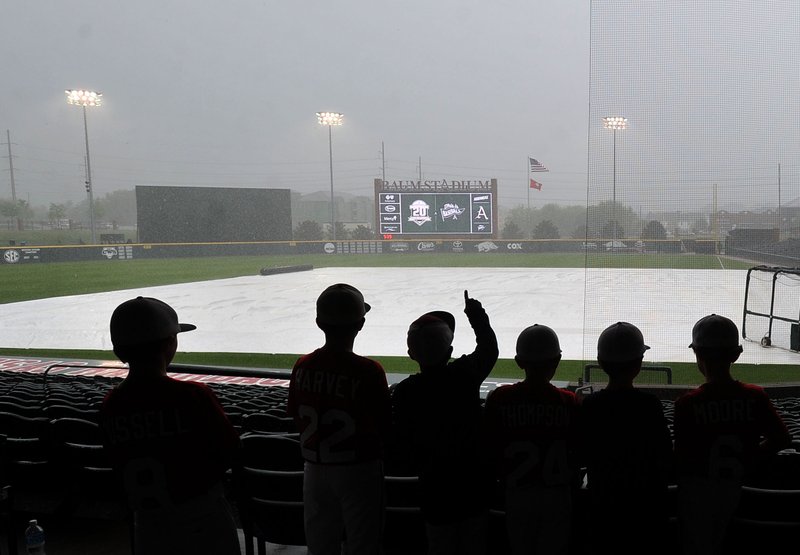 Fans watch during a rain delay Friday, April 29, 2016, at Baum Stadium in Fayetteville.

FAYETTEVILLE — Arkansas will play a baseball doubleheader against Ole Miss on Friday beginning at noon.

The first game of the doubleheader will replace a scheduled game Saturday. The second game will begin 40 minutes after the conclusion of the first game.

Tonight's 6 p.m. game will be shown on the SEC Network.

The schedule change comes as severe storms and up to 8 inches of rain are expected in some parts of the state this weekend, according to the National Weather Service. The forecast for Friday night and all day Saturday calls for a 90 percent chance of thunderstorms in Fayetteville.

No decision has been made on whether the Razorbacks will play their spring football game scheduled for noon Saturday, but one is expected by midday Friday.