Rattlers cruise in tuneup for Hogs 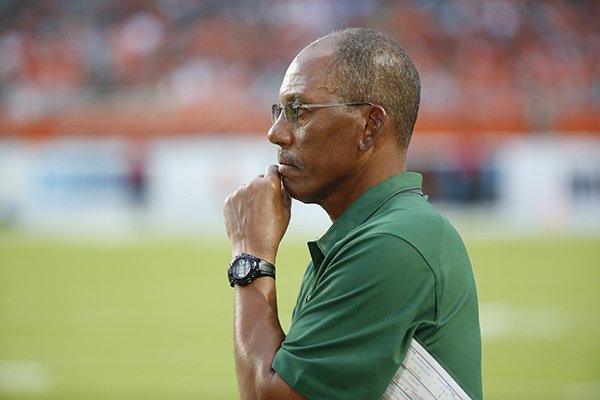 Ryan Stanley and Vincent Jefferies ran for touchdowns in Florida A&M's two-quarterback attack as the Rattlers opened the season with a 29-7 victory over Texas Southern on Saturday in the inaugural Jake Gaither Classic in Tallahassee, Fla.

The players and coaches for the University of Arkansas, Fayetteville were scheduled to watch the Rattlers' season opener together on ESPNU during an 11 a.m. brunch, Coach Bret Bielema said Friday.

Stanley, a 6-3 sophomore, opened the scoring with a 9-yard touchdown run to cap a 74-yard drive in the first quarter. He hooked up with senior receiver Brandon Norwood on a 35-yard touchdown strike as the Rattlers built a 20-0 halftime lead.

Stanley completed 19 of 32 passes for 217 yards as part of Florida A&M's 415 yards of total offense. The Rattlers also held the ball for 38:55 compared with 21:05 for Texas Southern. Norwood, a preseason All-MEAC selection, had three receptions for 63 yards.

Ricky Henrilus rushed for 81 yards and Devin Bowers scored on a 6-yard run in the second quarter for Florida A&M, which will bus to Little Rock on Wednesday.

Jefferies scored on a 12-yard scramble early in the second half.

The kicking game was an adventure for both teams, as Florida A&M missed a short field goal and had an extra point blocked. Texas Southern gave up a safety on the second-half kickoff when its return man fielded the kick at the 3, retreated to the end zone and took a knee.