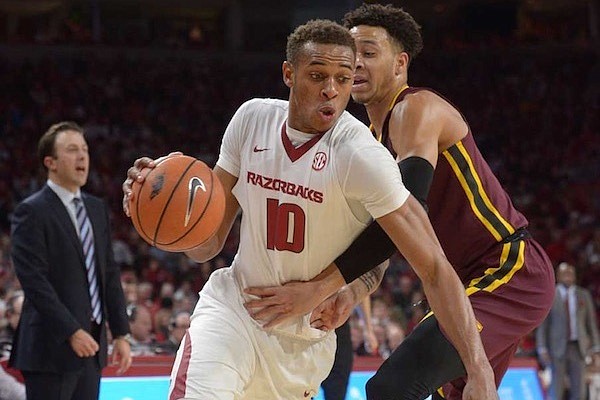 The 6-foot-11, 234-pound El Dorado native began the week with a 14-point, six-rebound performance in a blowout win over Colorado State and followed it up by producing 16 points on 8 of 8 shooting, seven rebounds and a career-high six blocks in his first collegiate start to help lead the way to a win over No. 14 Minnesota.

Gafford has been one of the SEC's best players, regardless of class, this year, averaging 12.4 points, a team-best 5.9 rebounds and a team-high 1.9 blocks per game while shooting 69.5 percent from the floor, fourth-best in the SEC.