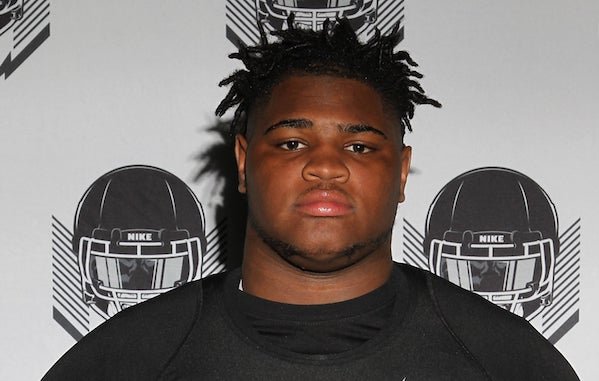 Fordyce defensive lineman Billy Ferrell was on his way home from his official visit from Arkansas and decided he was ready to be a Hog. He called Barry Lunney Jr. and Coach Chad Morris to tell them he wanted to be a Razorback.

"I called Coach Lunney and told him and he gave the phone to Coach Morris," Ferrell said. "He said I made his day. He believes I can come in and make something happen."

"He was already like a brother to me," Ferrell said. "He just put me around other people that was there and they made me feel like I was at home and I needed to be there. I connected with a lot of the players. I connected with Coach Morris and his staff and I feel like we're going to change the program and get it it back to where it was."

He was leaning towards making a pledge to the Hogs prior to his visit.

Ferrell, 6-3, 330 pounds, received an offer from Morris on Dec.7. He cancelled a planned official visit to UCLA this weekend to visit the Hogs.

He recorded 63 tackles, 8 tackles for loss, a sack, 2 pass deflections, 2 recovered fumbles and 4 forced fumbles while also rushing 29 times for 136 yards and 3 touchdowns. His parents are happy with his decision to be a Razorback.

"They're excited," Ferrell sad. "They loved it."

He plans to sign with Arkansas on Wednesday, the first day of the early signing period.