Roster cuts may include McKinney 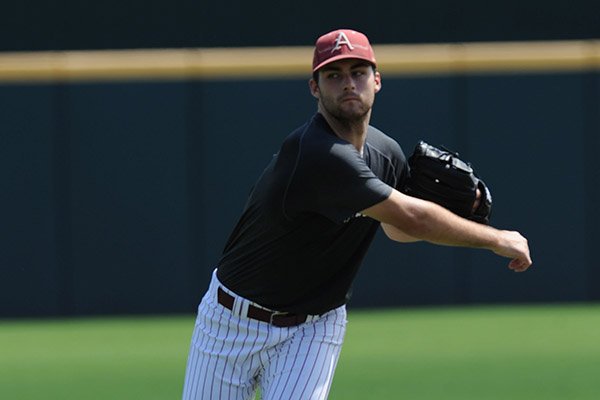 FAYETTEVILLE — Arkansas may not have to count pitcher Keaton McKinney against its 35-man roster this season.

McKinney, a junior, will undergo Tommy John surgery this month to repair a torn ligament in his elbow. The NCAA requires players on scholarship to count toward the official roster even if they are redshirting, but Arkansas coach Dave Van Horn said there can be a waiver for players who are injured before the season begins.

"We're working on that," Van Horn said. "The NCAA used to be real strict on that...but they've lightened it up. We don't know yet, but we feel pretty good that we're going to be able to get someone else on (the roster)."

Arkansas will have four junior college transfers and 12 freshmen on its 35-man roster, Van Horn said.

Gates (first base), Biggers (shortstop) and Fletcher (center field) all are projected starters for next weekend's season-opening series against Miami (Ohio). Stephan may also factor into the Razorbacks' starting pitching rotation.