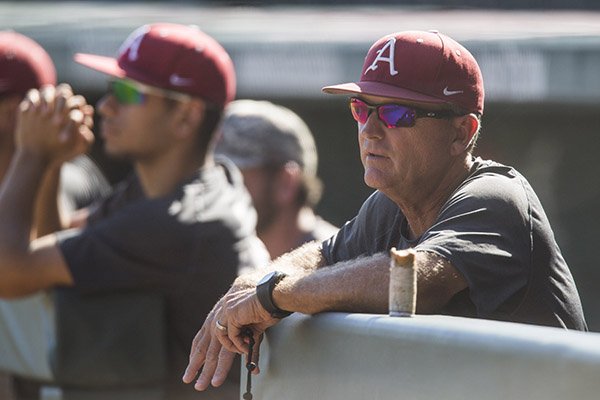 Arkansas is scheduled to play home weekend series against Southern Cal and Kent State, and home midweek games against Texas and Texas Tech next year, Van Horn said. The Razorbacks' away schedule will include midweek games at Oklahoma State and Charlotte, and a trip to San Diego for the Tony Gwynn Classic, an event that includes Arizona and Michigan as part of an eight-team field.

"Next year's schedule will the best in the country, hands down," Van Horn told the Swatter's Club crowd. "That schedule is for you (the fans), not for me."

In 2019, Arkansas will play a weekend series at Southern Cal and a midweek series at Texas. Home games will include Oklahoma State, Stony Brook and Charlotte, Van Horn said. The Monroe, La. News Star previously has reported Louisiana Tech also will play at Arkansas that season.

Not all games have been finalized and are subject to change.