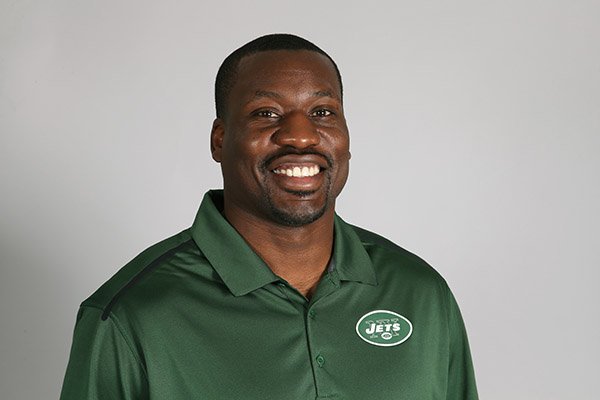 FAYETTEVILLE — Arkansas has hired an NFL assistant to fill its opening for a defensive line coach.

Scott previously had worked two seasons as an assistant coach at Texas Tech in 2013-14.

“With our transition to the 3-4 scheme, John was a candidate that I came across early in the process,” Arkansas coach Bret Bielema said in a statement. “After his interview and further research on his familiarity with the 3-4, he rose to the top and will be a great addition to our defensive staff.”

Scott will make $340,000 per year with the Razorbacks, according to his contract that was released through an open records request. Consistent with most assistant employment agreements, Scott is under contract through June 30, 2018, and signed a no-compete clause that prohibits him from taking any non-head coach or coordinator job at another SEC school.

“I’m grateful for the opportunity to be part of coach Bielema’s staff and begin working hand-in-hand with (defensive coordinator) Paul Rhoads and the rest of the staff on making this a great defense,” Scott said in a statement.

"Over half of my coaching career has been teaching the 3-4 scheme and I’m excited to implement the knowledge I’ve learned in the pro and college ranks at Arkansas."

Prior to his time at Texas Tech, Scott had college coaching stints at Georgia Southern, Missouri State, Norfolk State and his alma mater Western Carolina. He was a graduate assistant at Louisiana-Lafayette.

Arkansas still is down one assistant coach on the staff. Bielema said Monday that he is looking to hire a second linebackers coach to fill the vacancy left when former defensive coordinator Robb Smith left for Minnesota.