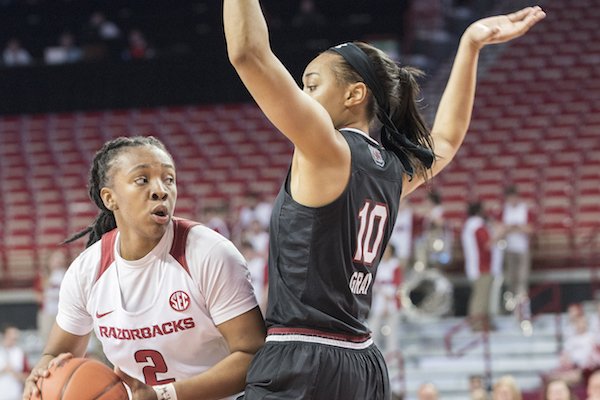 The University of Arkansas at Fayetteville fought back from 11 points down with 5:29 left in the game to tie it at 64-64 on Jessica Jackson's three-pointer with 31 second remaining.

Vanderbilt's Christa Reed missed a three-pointer with five seconds left, but Whalen grabbed the rebound and was fouled by Keiryn Swenson. The freshman guard, who scored a game-high 20 points, made both free throws to ensure Arkansas (13-15, 2-13 SEC) would finish the regular season in last place in the conference.

Rachel Bell's free throw put the Commodores up 58-47, but Aaliyah Wilson's three-pointer with 4:52 remaining sparked Arkansas' rally. Jailyn Mason scored the Razorbacks' next five points, Jackson made two free throws and Wilson hit another three-pointer to cut the lead to 60-57 with 3:03 left.

Wilson came off the bench to lead Arkansas with 14 points. Jackson scored 11 points and grabbed 10 rebounds, and Swenson scored 10 points.