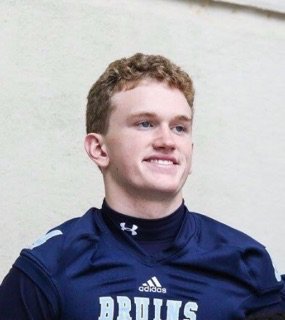 BEAVERTON, Ore. — ESPN national recruiting coordinator Craig Haubert is at The Opening at Nike Headquarters to evaluate the nation’s top prospects, but he was asking about an Arkansas prospect not even at the event.

“When I clicked on to the tape, I felt like I was watching a leaner Hunter Henry,” Haubert said. “It was like taking me back five years ago. He’s a different type of a build at this point.”

Henry, 6-5, 230 pounds, has scholarship offers from Arkansas, Penn State, Stanford and Ole Miss, and is drawing interest from others. He recorded 28 receptions for 311 yards and 3 touchdowns as sophomore.

“I haven’t seen him in person, but as far as the hands, the route running, the tenaciousness as a stalk blocker," Haubert said. "Obviously his school they don’t put their hands on the ground and do a lot of inline blocking, but when he’s asked to go out wide and block he gets after it.”

Henry's father is former Arkansas offensive lineman Mark Henry, who earned All-Southwest Conference honors as a senior in 1991. Henry’s grandfather, Skip Coffman, played basketball for the Hogs in the early 1960s. Another brother, Hayden, is a freshman linebacker at Arkansas.

The younger Henry has better speed than his older brother at the same age.

“I was really impressed with his speed and I think as similar as they are,” Haubert said. “Hudson may have a little bit more upside because Hunter at the same point was a little further along.”