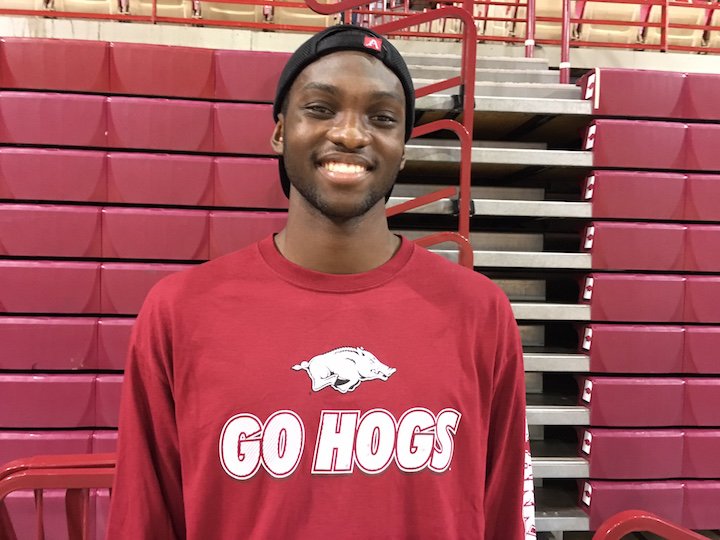 Weaver (6-8, 200) has played with the Arkansas Hawks AAU program the past two springs and summers, but is making the change to get more playing time the last two weeks of the AAU season per his mother Angela Williams.

He will play with them in Dallas this weekend and Las Vegas to round out the month and season.

“We just feel like he needs to make the move so coaches can see him play and see that he is healthy,” noted Williams, the women’s track coach at Prairie View A&M and a former Olympic sprinter for Trinidad in the 1984 and 1988 Olympics.

“The college coaches have been asking me if he is still hurt because he hasn’t been playing as many minutes as they thought he should be.”

Weaver has offers from Arkansas, Baylor, Houston, TCU, Texas, Texas A&M and others.

“He really loves those Arkansas coaches and they are still very much one of his favorites,” Williams said. “We haven’t began to start setting up visits yet. We’ll start to schedule those after he gets down with playing basketball this month."

Williams. who averaged 4.5 and 2.4 rebounds for the Hawks this spring and summer in an average of 11 minutes per game, missed all of his sophomore season with a torn anterior cruciate and estimates he played this season at around 85 percent as Cypress Falls won a Class 6A state title.

He averaged 6.3 points and 3.8 rebounds as the Eagles finished 35-3 and ranked 25th nationally in the USA Today poll.