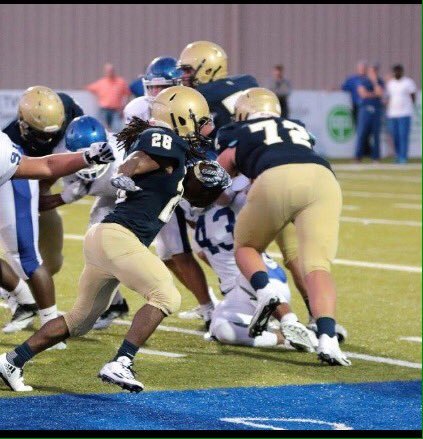 Jones, 6-5, 290 pounds, chose the Hogs over scholarship offers from Oregon, Arizona State, Missouri, Virginia, Iowa State, Tulane and several others. His older brother will be a sophomore at the university this fall.

He and his parents visited Fayetteville on Wednesday.

“Obviously growing up in Arkansas, you have to like Arkansas football,” Jones said. “So I’ve always had that on my side and my brother is up there. I know a bunch of people up there. So I’ll have a great support system. I've always wanted to visit the campus and when I did that I just felt like I fit in socially, academically and on the field.”

He earned an offer from the Razorbacks with an outstanding showing at the June 18 prospect camp. He informed Coach Bret Bielema, offensive line coach Kurt Anderson and tight ends coach Barry Lunney Jr. of his decision Saturday about noon.

“Coach B is pumped about it,” Jones said. “He’s really happy to get me up there next fall.”

Jones started for the Bruins as a sophomore and opened eyes with an impressive game against former Hope defensive end and Arkansas sophomore McTelvin Agim during the playoffs.

His size, smarts and athleticism make him a candidate to play all five spots on the offensive line.

“That’s what they told me,” Jones said. “They just told me I should just be ready for any of the five and that I’m a versatile player and I’m good with that.”

The Razorback coaching and support staffs won Jones over during the visit this week.

“The staff was crazy nice,” said Jones, who has a 3.4 grade point average and plans to major in business. “I liked every single person that was there. Everyone was helpful and wanted to make sure I got everything out of the visit.

Jones has the chance to add an inch or two to his frame. His father played basketball at Ouachita Baptist and is 6-foot 8 while his brother grew 2 inches this past year.

Jones becomes the No. 10 commitment for the 2018 class and fifth in-state prospect to pledge to the Hogs.