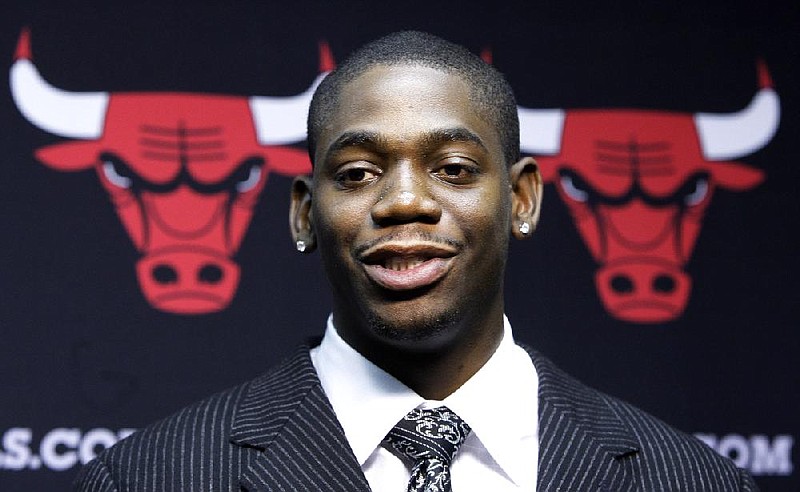 FAYETTEVILLE — Ronnie Brewer, a standout basketball player at Fayetteville High School and for the Arkansas Razorbacks before playing in the NBA, was arrested Saturday night on suspicion of driving while intoxicated.

Brewer, 32, was stopped at 11:33 p.m. by Fayetteville police after revving the engine of the car he was driving and crossing the double yellow center line at Center St. and Church Ave. before pulling into a private residence according to a preliminary arrest report.

The arresting officer said in the report he could smell the odor of intoxicants on Brewer's breath, that his eyes were blood shot and watery and his speech was slurred.

Brewer conducted a field sobriety test in the manner consistent with an intoxicated person, according to the report, and refused to take a breathalyzer test.

Brewer was booked into the Washington County Detention Center at 1:05 a.m. Sunday and released at 2:30 a.m after posting a bond of $1,055. He is scheduled to appear in Fayetteville District Court on Aug. 21.

In 2014 Brewer pleaded no contest after being arrested for driving under the influence in Los Angeles while he was a player for the Chicago Bulls. He was sentenced to three years probation and ordered to attend three months of alcohol abuse classes and 10 Alcoholics Anonymous meetings according to The Associated Press.

Brewer was an All-SEC guard at the University of Arkansas, Fayetteville who played for the Razorbacks for three seasons from 2003-04 through 2005-06. He was a first-round NBA Draft pick by the Utah Jazz after his junior season at Arkansas. He played eight seasons in the NBA with Utah, Memphis, Chicago, New York and Houston.