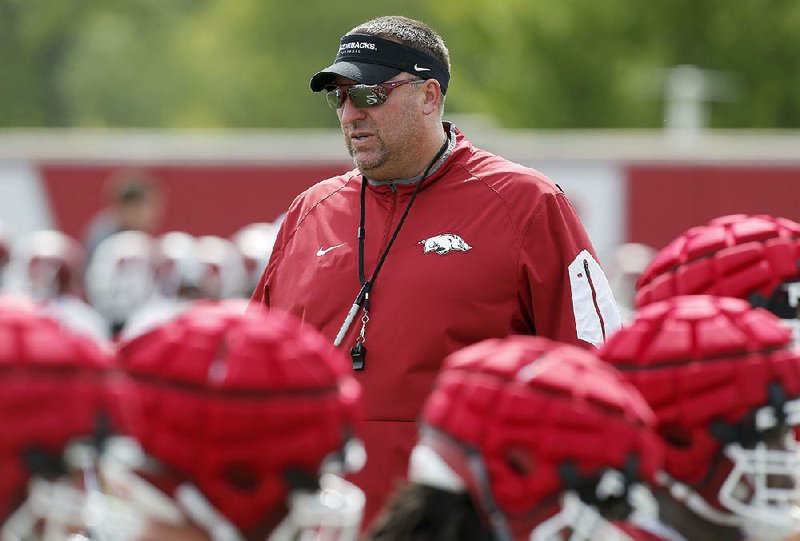 Arkansas made a strong impression on tight end target Glenn Beal and he plans a return trip in the future.

“I like the facility they had This is my first time out here so I really didn't know much about Arkansas…I like what I see," Beal said.

"I was expecting it to be country like, but it’s not country," said Beal of Arkansas. "I guess I was proven wrong.”

He said the best part of the trip was talking to Coach Bret Bielema and learning about his tradition of putting tight ends into the NFL.

"He talked about how he put all of the tight ends into the league since he's been coaching at Arkansas," Beal said. "He said they focus on tight ends and that’s the center piece of their offense and I could be a big part of that.”

Beal said the visit moved Arkansas up on his list.

“I haven’t came out with a top three yet,” Beal said. “Right now at this moment they would be in the top three.”

He also enjoyed meeting with tight ends coach Barry Lunney Jr. and seeing how the tight ends are used.

"He showed me how they use the tight end and how they two tight ends in a set at one time and it’s sometimes three and sometimes four," Beal said. "I like that.”

The visit won't be Beal's last trip to Fayetteville.

"I will be back for my official," he said.