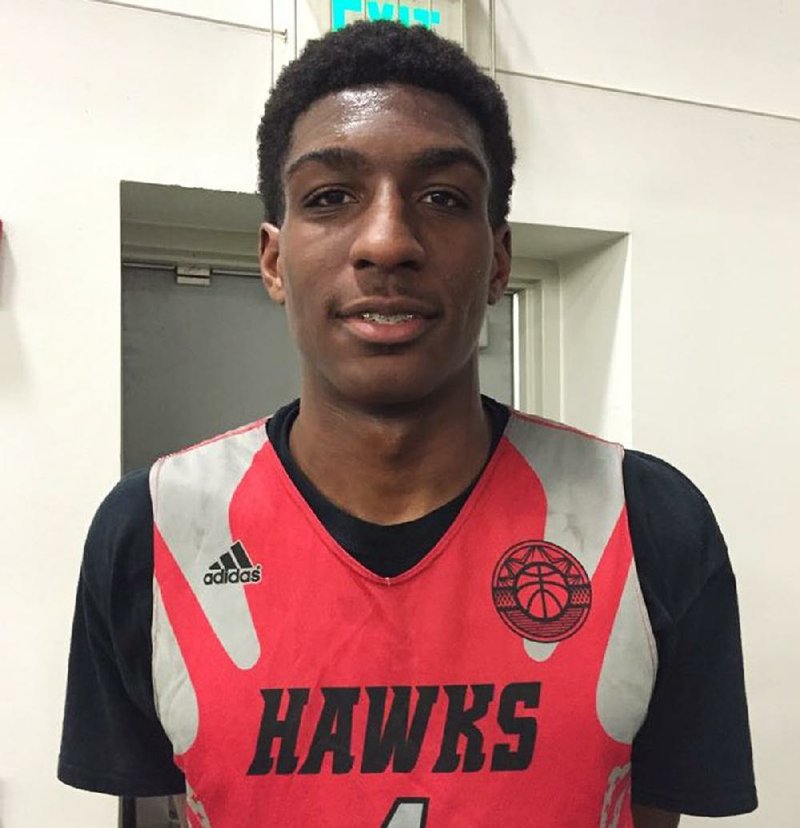 The parents of Arkansas basketball commitment Reggie Perry wanted to address recent rumors about his pledge to the Hogs.

Perry, 6-10, 225 pounds of Thomasville, Ga., has seen his stock rise on a national level and is now the No. 17 overall prospect by ESPN. He's averaging 17 points, 8.4 rebounds, 2.5 blocks and 1.5 assists for the Arkansas Hawks this summer on the Adidas Gauntlet series.

"We learned this afternoon that there are rumors on Twitter and other forums that Reggie de-committed from the University of Arkansas. We were disappointed that someone would start these rumors.

"On May 20, we tweeted, 'The kids are out of school and it is time to reassess everything before the new school year.' Every year as a family, we reflect on what we need to redefine, reassess and reinvent in our lives. Naturally discussing Reggie’s commitment to the University of Arkansas is a part of his reflection.

"As for de-committing, one thing about our family is if Reggie was to de-commit, it certainly wouldn’t be through Twitter or any other social media outlets. We would do things in decent and in order and it would start with a meeting with Coach Mike Anderson. That has not been done. Anyone else that may believe that they are 'in the know' is falsely representing our family and my son."

Perry averaged 20 points, 12 rebounds and 4 blocks during his season at Thomasville, was named the MVP of the recent Pangos All-American Top 30 Cream of the Crop game. He excelled with the U.S. Select Team at Adidas Euro Camp in Italy while averaging 15 points and 8.5 rebounds.