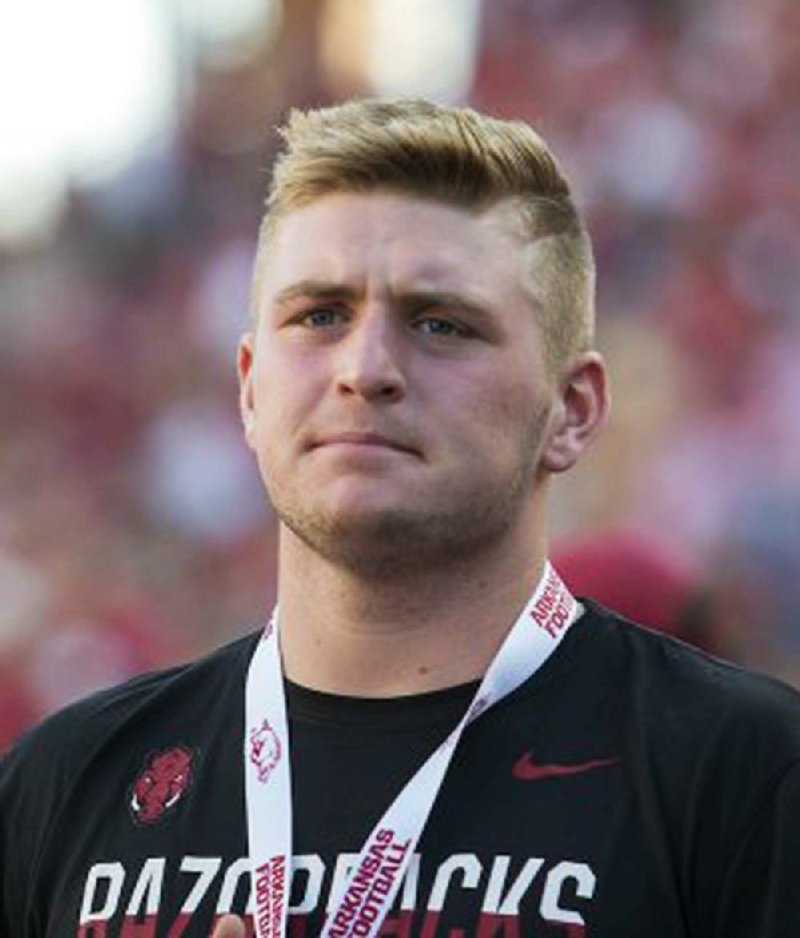 Jeff Pool, the father of Arkansas Razorbacks linebacker commitment Bumper Pool, had a hard time hiding his love of the Hogs during his son's recruiting process.

The elder Pool grew up in Texas, but he was fond of the Razorbacks because his stepfather, Al Burke, an Arkansas graduate, was a huge Hogs fan. He earned a degree in communication from the university in 1990.

Bumper's two aunts, two cousins and a grandfather also graduated from the University of Arkansas, Fayetteville while his sister, Maddie, will be a junior at Arkansas in the fall.

Jeff Pool was obviously bias toward the Hogs, but he was adamant about letting his son make his own decision. That idea was severely tested when he was in the office of Texas A&M defensive coordinator John Chavis during a visit.

"He said, 'What would you think if Bumper was down here and he was the captain of the Aggie football team,' " Jeff Pool said. "I said, 'Personally, I would hate it, but I said it's not my choice.' I said, 'If he wants it then I'm going to support it. Selfishly I want him to be a Razorback, but it's about him. He only gets to do this one time.' "

Bumper and his mother, Laurie, visited with Coach Bret Bielema the Sunday after watching the Hogs defeat Florida 31-10. Jeff was entertaining some of Bumper's friends with a tour of the campus when he received a text from Bumper.

"I get a text, and I look down at my text and it said, 'Dad I'm going to commit,' " Jeff said. "I just kind of stopped and looked up at Old Main and was going, this is really happening. My kid is going to play football at the University of Arkansas."

A football junkie, Bumper never tires of talking about the game he loves and about being a future Razorback.

"He's excited to be a part of what he's grown up watching, and he thinks he's going to make a difference, and I'm not going to tell him he's not," Jeff Pool said.

Laurie, who graduated from West Virginia, became a big Razorbacks fan after marrying Jeff and moving to Little Rock. She thinks Bumper is in good hands with Bielema.

"He's so down-to-earth," Laurie said. "He's made special efforts to talk to us and get to know us, and from what I've seen and what I've heard he puts his players first and that's what you want for your kid. You want to make sure he cares for your son as a player and as a person."

Laurie got to know Shelley Ellis, the mother of former Arkansas linebacker Brooks Ellis, during the recruiting process.

"She has said so many positive things about the coaching staff and Brook's experiences and how they feel," Laurie Pool said. "It's just nice to hear another linebacker's mom who's been through it."

Bumper has mentioned his relationship with inside linebackers coach Vernon Hargreaves as a big plus.

"You could just tell there was something between those two from day one," Laurie said. "Bumper has always talked about his relationship with Coach Hargreaves."