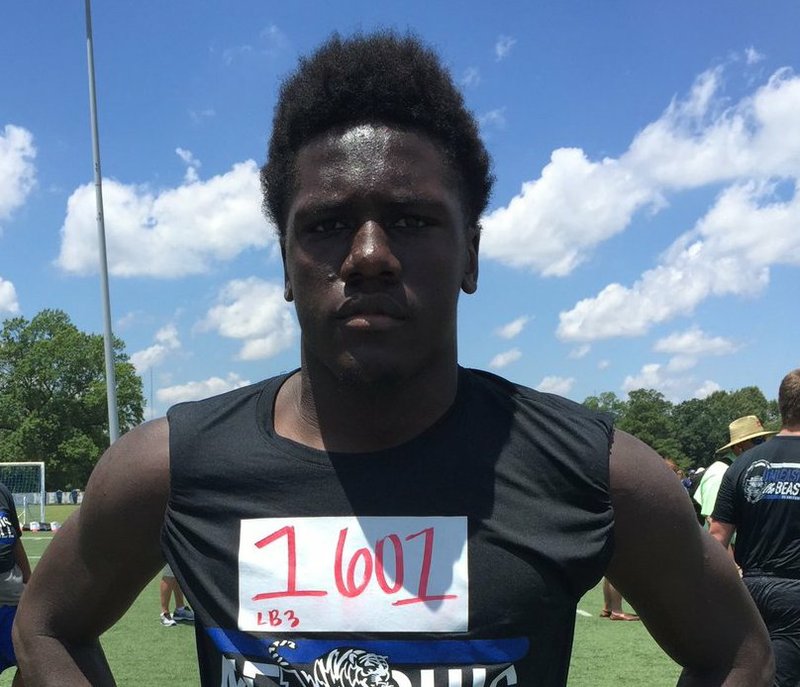 Satellite camps have helped junior linebacker Eddie Robinson III get noticed by several schools this summer, and Arkansas is one of them.

“I felt like he liked how I did my drills, and he was very impressed in my fundamentals,” Robinson said.

In addition to the Hogs, Robinson has received interest from Michigan, Ole Miss, Mississippi State and others because of his performance at camps this summer.

“Well I've improved a lot from last season,” Robinson said. “I was young and tended to make mistakes, but I've learned and studied our system, and I'm making more plays than I have before. I can see I've been improving because of all the schools that have been approaching me at camps.”

Robinson has good speed and quickness along with nice natural instincts at his position.

College coaches can’t direct message juniors on Twitter until Sept. 1, but Robinson has already taken a step toward hearing from Hargreaves when allowed.

“I followed him on Twitter the other day, so hopefully he reaches out to me,” Robinson said.