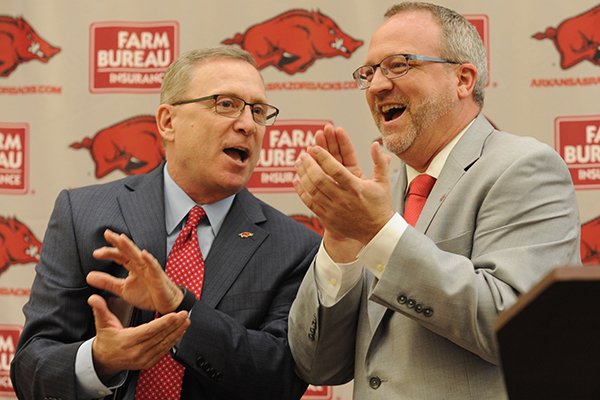 Jeff Long (left), director of athletics at the University of Arkansas, speaks with newly hired Arkansas women's basketball coach Mike Neighbors Tuesday, April 4, 2017, during a ceremony and press conference to announce his hire at the university's basketball practice facility.