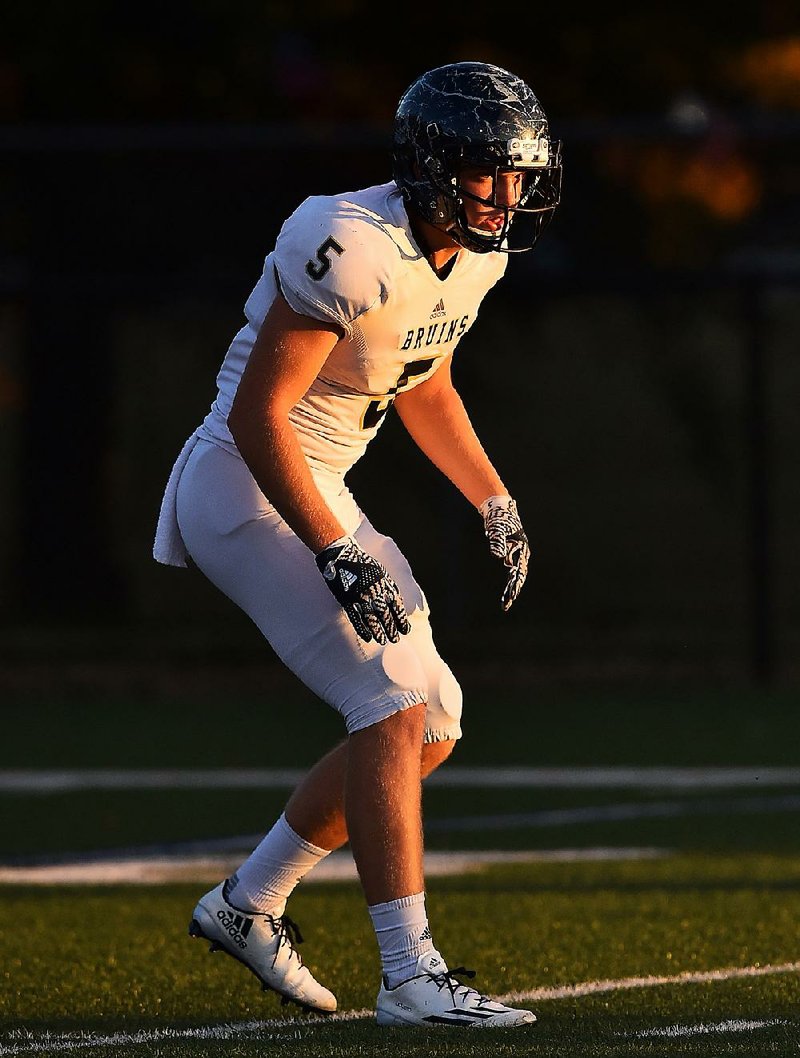 (Special to the Democrat-Gazette / JIMMY JONES )

Pulaski Academy senior safety Hayden Henry had a teamhigh 14 tackles in the Class 5A championship game.

Outside linebacker Hayden Henry talked about his decision to become a Razorback on Recruiting Thursday and the best advice he's received from his father Mark and brother Hunter.

His father, Mark, played for the Razorbacks from 1988-1991 and was an All-Southwest Conference center as a senior. His mother, Jenny, also attended Arkansas and her father, Skip Coffman, played basketball for Arkansas in the early 1960s.

Henry’s brother, Hunter, was an All-American tight end and a Mackey Award winner at Arkansas, and just completed his rookie season with the San Diego Chargers.