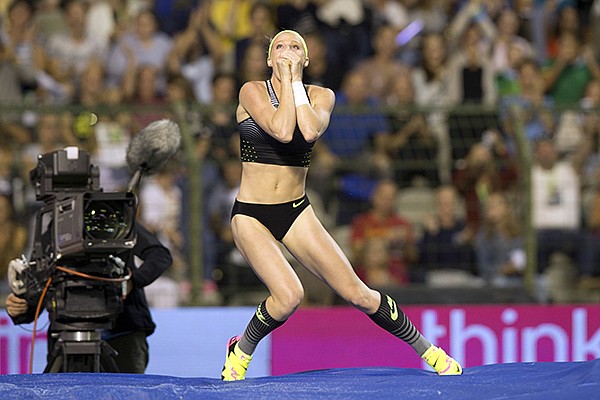 Sandi Morris of the U.S. reacts after clearing the bar in the women's pole vault at the Diamond League Memorial Van Damme athletics event, at the King Baudouin stadium in Brussels on Friday, Sept. 9, 2016. (AP Photo/Virginia Mayo)

Sunday's win capped the best professional year for Morris, the 2015 indoor champion as a senior at Arkansas. Between U.S. titles, Morris was a silver medalist at the 2016 Olympics in Rio de Janeiro and broke the American outdoor record at the Diamond League meet in Brussels last September.