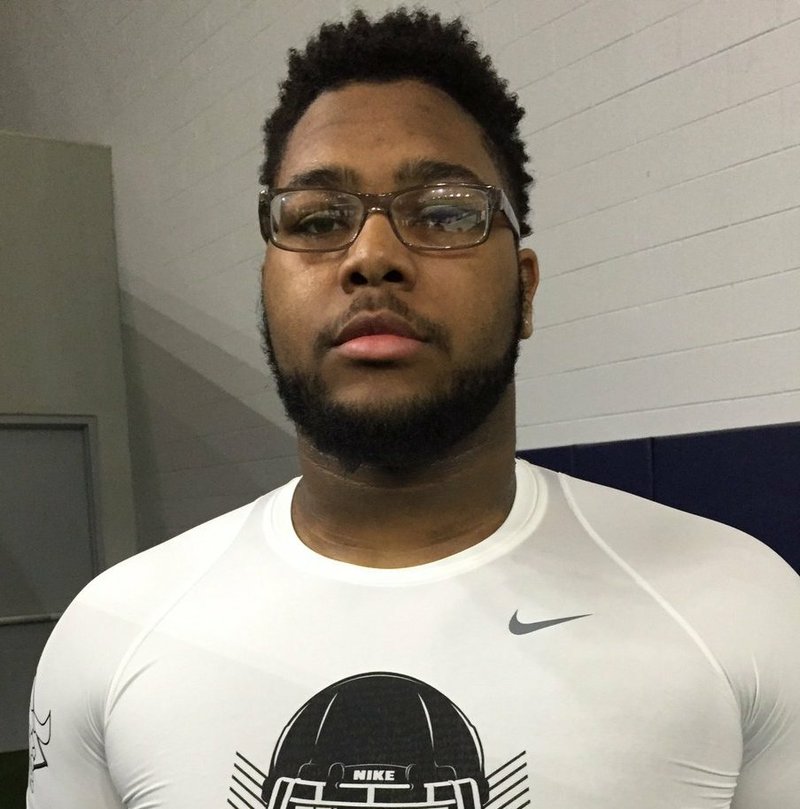 FRISCO, Texas — Nigel Brannon is one of the more imposing offensive linemen in the nation, and he's considering visiting Arkansas for a camp this summer.

He scored an impressive 92.40 Nike Rating at the Dallas Nike Football The Opening Regional on Sunday with 5.58 seconds in the 40 yard dash, a 5.12 pro-shuttle and a 23.5-inch vertical and threw the power ball a regional-best 47 feet.

He knows what he wants to experience while in Fayetteville.

“I want to see what the classes are like, the school in general, the football team and program,” Brannon said.

Brannon, who has a 315-pound bench press and 500-plus squat, might play on the other side of the ball at the next level.

“Some schools want me to play D-line,” Brannon said.

While most prospects usually look up to NFL stars that play their position, Brannon doesn’t think that way.