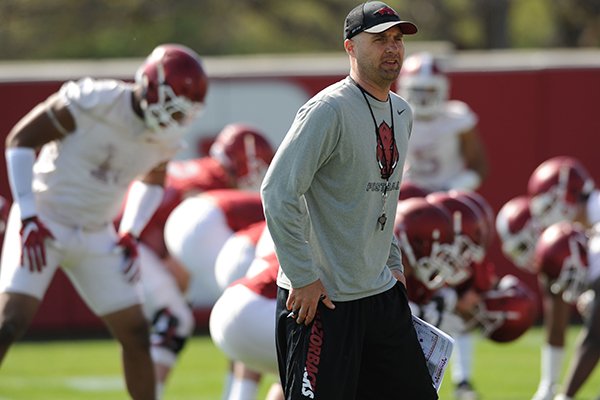 Under his guidance, Arkansas signed every in-state player it offered in its latest signing class in February.

His salary has increased 75 percent, from a starting rate of $200,000, since he joined Bielema's original staff from his position as offensive coordinator and quarterbacks coach at Bentonville High School in the winter of 2012.

Lunney is still covered by a non-compete clause with any other SEC school, which Bielema has made standard on his assistant coaching contract renewals the last couple of years.

Lunney's tenure at Arkansas has seen consistent production out of its top tight ends, including in 2015, when former Pulaski Academy standout Hunter Henry won the school's second Mackey Award, which is given annually to the top tight end in the nation. D.J. Williams won the first in 2010.

Arkansas' salary pool in 2017 for assistant coaches is now at $3.945 million, based on publicly available contracts. That represents a rise of 3 percent over the combined salary of Arkansas assistant coaches of $3.83 million in 2016.