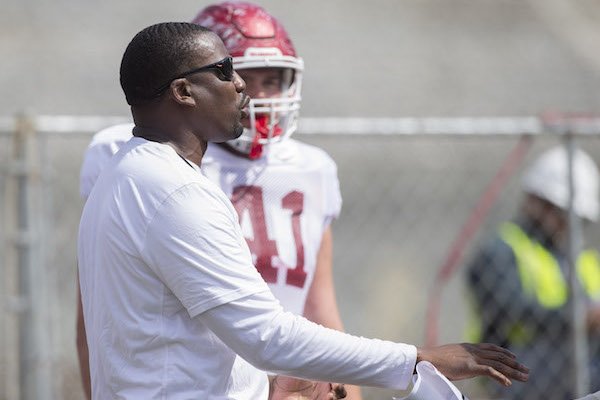 Arkansas looks to be in line for a visit from a highly recruited prospect in the near future.

“Arkansas is my first SEC offer, and that's a huge and wonderful opportunity for a college and football program,” Strickland said. “I like the Arkansas football program, and I'm looking forward to being on campus as soon as possible.”

“I've been in touch with Daniel Bush for about two, three weeks now,” he said.

Strickland, who’s looking to study sports management or communications in college, has a 325-pound bench press, 405 squat and 275 power clean.

He plays center and power forward for the school basketball team and also participates in the shot put and discus in track and field.

He described his favorite part of playing on the line: “Dominating and controlling things up front,” Strickland said.

He plans to make his college decision in less than two months.