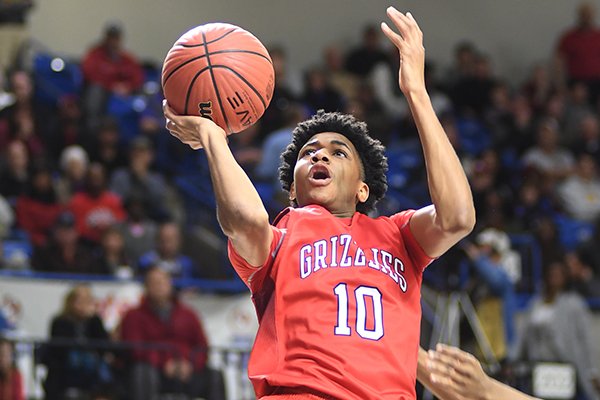 Fort Smith Northside guard Isaiah Joe (10) goes for a basket during the 7A boys state championship basketball game against North Little Rock at Bank of the Ozarks Arena on Satuday, March 11, 2017, in Hot Springs.

Arkansas shooting guard commitment Isaiah Joe is one of the better shooters in the nation and he recently showed why at the Memphis in May Basketball tournament.

Joe, 6-4, 170 of Fort Smith Northside was averaging 16 points while shooting 50 percent from the beyond the three-point line for the 17-under Arkansas Hawks going into this weekend's Adidas Gauntlet Regional in Atlanta.

He led the Grizzles to the Class 7A state title in a 50-49 victory over North Little Rock in March by scoring a game-high 20 points.