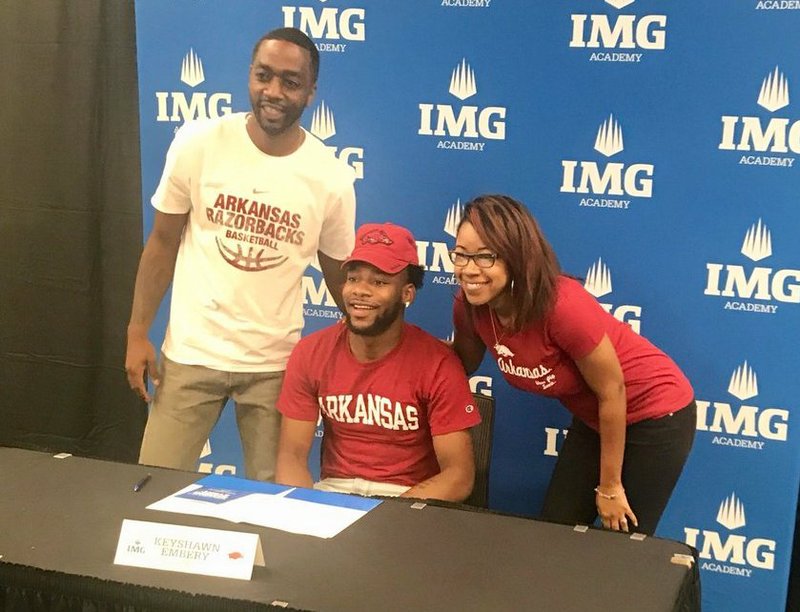 Jermaine Simpson, the father of Arkansas basketball signee Keyshawn Embery, said the future Razorback fell in love with Arkansas on his first unofficial visit to Fayetteville.

Embery, 6-4, 187 pounds, who is playing his senior season at IMG Academy in Florida, inked with Arkansas over Texas A&M, West Virginia, Oklahoma State, Arizona State, Kansas State and others.

He averaged 26.8 points, 5.6 rebounds, 2.4 assists and 1.6 steals as a junior for Midwest City High School near Oklahoma City.

Simpson said on Recruiting Thursday that Coach Mike Anderson and assistant TJ Cleveland played a big part in Embery's decision to be a Hog.