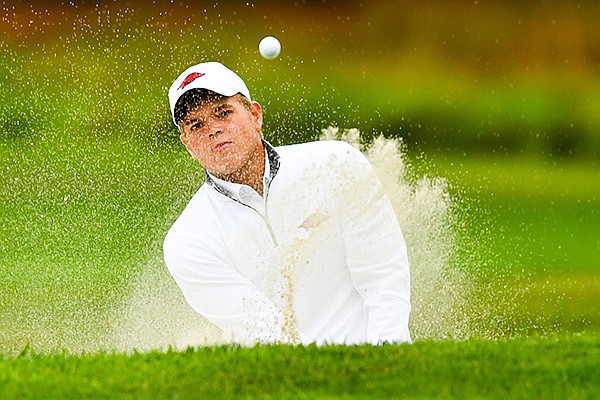 Arkansas Razorbacks' sophomore Mason Overstreet won his first collegiate golf tournament on Tuesday, finishing with an even par 70 to tie UNLV's Shintaro Ben for medalist honors at the Jerry Pate Intercollegiate in Vestavia Hills, Ala.

Arkansas has a 34-10 head-to-head record this year.

Arkansas' Alvaro Ortiz and Luis Garza shot matching 72s on Tuesday, putting Ortiz in a tie for 27th place and Garza in a tie for 31st. Williams Buhl wound up at 8 over and tied for 40th, and Dylan Naidoo was 12 over and in 53rd place.

The Razorbacks wrap up their fall schedule in two weeks at the Royal Oaks Intercollegiate in Dallas.