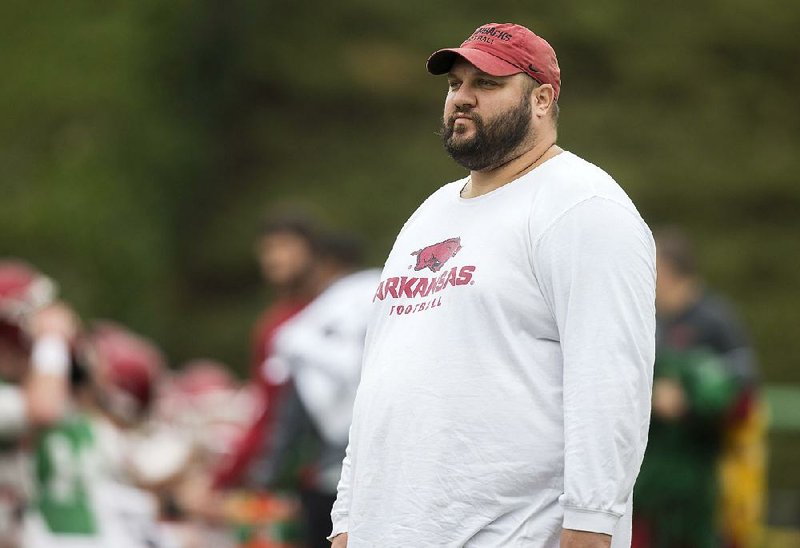 Highly recruited offensive lineman Jerome Carvin will make good on his promise to visit the Arkansas Razorbacks when he arrives in Fayetteville for an official visit in December.

He had plans to visit the Hogs earlier, but his father was ill.

"I didn't get a chance to visit in the spring," Carvin said. "I always told them I was going to visit. I definitely have interest in Arkansas."

"It was really Coach Bielema and coach Lunney and coach Anderson, they really stayed in touch with me and I've had real good conversations with the coaches," Carvin said. "I like the feel I'm getting from Arkansas and that's why they're getting a visit."

Carvin was thinking of visiting the Razorback for the TCU game next weekend.

"We changed it to early December," said Carvin, who will be accompanied by his mother and father.

He's planning to officially visit Tennessee on Sept. 30 for the Georgia game, followed by a trip to Mississippi State on Oct. 14 for the Brigham Young contest and then visit Alabama on Nov. 4 for the LSU game.

"I'm still trying to figure out the fifth one," said Carvin of his final visit.

"Jerome excels at finishing his blocks," Lemming said. "He's the prototypical left tackle with very long arms, length, quick hands and athleticism. He's a natural knee-bender, he shows the body control and flexibility to effectively slide outside to cut off the edge rushers."

Since Bielema has arrived in Fayetteville, the Razorback offensive line flies first-class on road trips. That and the Hogs' focus on the line also helps with Carvin.

"The offensive line and the NFL," Carvin said. "Coach Anderson has the resume to coach in the NFL. Bielema treats the O-line really well. That really sticks out."

Carvin, who has a 3.5 grade-point average and is considering majoring in marketing or sports administration, plans to graduate in December and enroll at his school of choice in January. He knew hard work in the classroom was the only way he could start college early.

"It's really just staying focused," he said. "Without school, none of this could happen. You have to have the grades."

His mature outlook on life is a credit to his father, LeMark Carvin, and mother, Shonda Thomas.

"Really, it's the way they raised me," he said. "They did a great job raising me. They make sure I'm a great person, great to my teammates."

"He's still on me trying to get me to come up," Carvin said.

Bielema and Lunney then headed back to Fayetteville for staff and team meetings before leaving and arriving in Earle at 5:30 p.m. to watch quarterback Gerry Bohanon, 6-4, 215, play Helena-West Helena.