Devonte Davis off to strong start at The Warmup 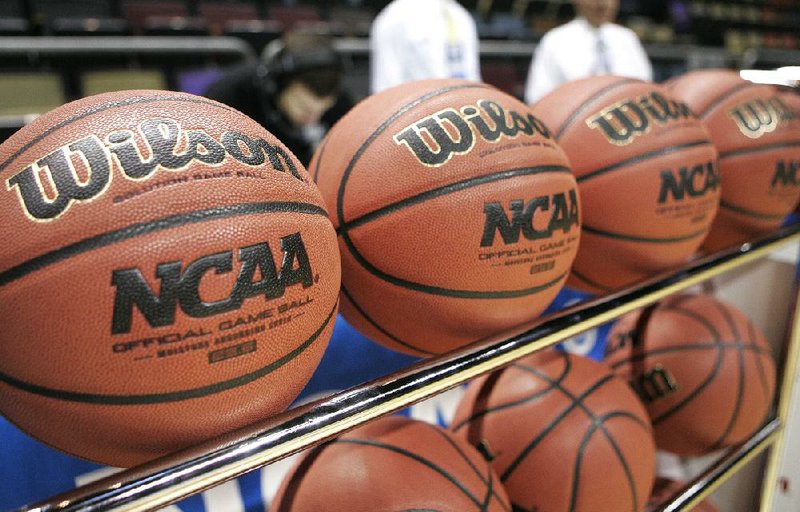 In this file photo, Wilson basketballs sit in a rack before an NCAA college basketball tournament first round game. (AP Photo/Phil Coale)

SPRINGDALE — Woodz Elite 16U got off to a solid start Saturday morning at The Warmup behind a strong showing from 2020 Jacksonville Lighthouse guard Devonte Davis.

Davis added 12 points off the bench in a 54-43 win over Team FOE Black to kick off play in Pool B. Davis made an impact on the defensive end as well, as did teammates Caleb London — three blocks — and Nick Ongenda.

The team’s defensive effort is a result of challenging practices with coach Wes Swift, Davis said.

“From a defensive standpoint I think it went really good,” he said. “We played better defense than we did last night. We got stops. We practice that a lot.

“We practice for like an hour doing defensive drills such as taking charges, rebounding, blocking out, and that helps us in game situations.”

The lefty feels getting teammates involved on the break is a strong aspect of his game. He’s also confident in his ability to get to the rim, finish and find open teammates for good looks. There are a number of things Davis is hoping to get out of this weekend’s tournament.

“There’s a lot of good teams, lots of great individual players,” he said. “I think it’s going very well so far. I want to keep my stamina up and keep a fast pace going while staying under control with the basketball and get my teammates involved.”

London and Ongenda each poured in 14 points alongside Davis. Waldron High School star Payton Brown, who finished with 8 points, is a player Davis believes can get rolling offensively and lend a hand on the defensive end as well. Brown took two charges in the team's first game of the day.

“Payton’s first practice was yesterday and it went well,” Davis said. “We didn’t really know him at all, but now we’re getting a bond and it looks like he’s fitting in really good.”