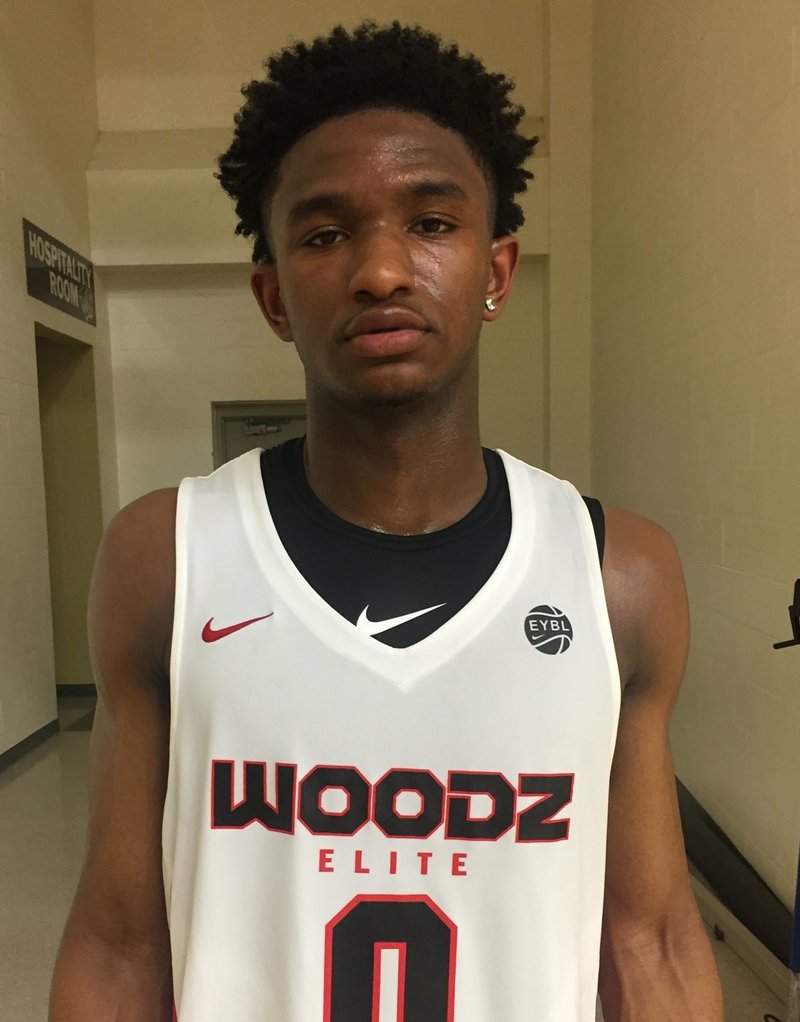 Guard Caleb London has added more than 20 pounds to his frame.

BENTONVILLE — Woodz Elite guard Caleb London of Conway has changed his body and become stronger in preparation for the upcoming Nike Elite Youth Basketball League and the results are stunning.

“I just had to get into the weight room,” London said. “I had to get stronger with my athleticism. I had to be able to get to the basket. Just getting stronger and being able to finish with contact in the EYBL. It’s a big boy circuit.”

His thicker upper and lower body is well defined and ready for the more physical play he expects during the spring and summer.

“I wake up every morning at 5:30,” London said. “I hit the weight room, run two miles. My main focus was getting stronger for the summer. I want to pick up at least 10 offers. I know that’s a big goal, but that’s what I’m moving towards.”

London’s play for the Wampus Cats as a sophomore earned him a spot on the Arkansas Democrat-Gazette’s All-Underclassman Team. He has offers from SMU, Southern Miss and Abilene Christian.

“I’m very blessed that they offered me, but I’m not satisfied yet,” London said.

He showed the ability to drive to the basket while also scoring from mid-range and outside for 16-under Woodz Elite in a 68-57 victory during The Warmup Showcase game Friday night with 16 points.

“I just try to be versatile out there on the court,” London said. “I can play the 1-4. I can bang down low or beat you off the dribble. I just keep working on my game any time I can.”

London, who made an unofficial visit to Arkansas in the fall, is also drawing interest from Baylor, Memphis, Arkansas-Little Rock and others.

“This summer I want to be able to blow up and put my city on the map - Conway,” London said.

When watching London on the court, the word solid comes to mind.

“That’s what a lot of people at my school call me - solid - because I’m just solid, I guess,” said London with a laugh.

London is never satisfied and always strives for improvement.

“When the defense guards me, I want them to be able to say he has no weakness,” London said.

His work ethic also translates to the classroom where he had a 3.5 grade point average during the first semester.

“Momma don’t play. Keep those grades up,” he said.