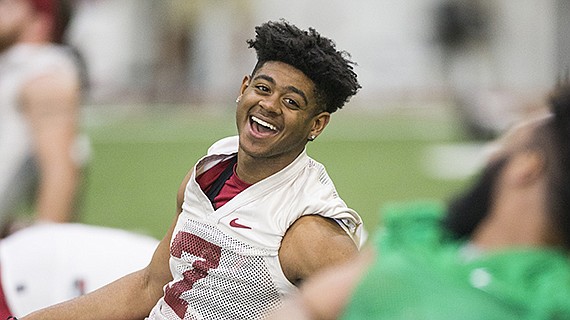 Nance made his decision public less than 10 minutes after former Clemson quarterback Kelly Bryant announced he would play his senior season at Missouri, choosing the Tigers over Arkansas, Auburn, Mississippi State and North Carolina.

Nance played in each of the Razorbacks' first four games this season before announcing his transfer plans on Sept. 24, the Monday after a 34-3 loss at Auburn. He had one reception for minus-2 yards.

Last season, he led all Southeastern Conference receivers in catch rate (66.7 percent) on passes of 20-plus yards, according to Pro Football Focus.

Nance enrolled at Arkansas in January 2017 and participated in spring practice. He was rated as the No. 13 junior college receiver and the No. 117 overall prospect by 247Sports, choosing Arkansas over Colorado State, Troy and Louisiana-Monroe.