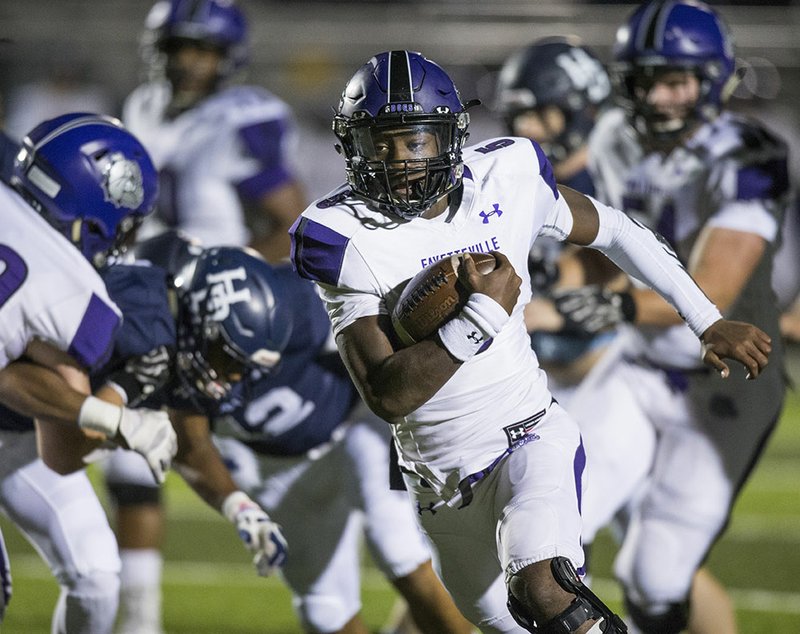 "They told me about the offer and talked about there is a strong possibility that I could work hard and get on scholarship," Bowers said. "Also told me how I could develop as a quarterback in their top-notch facilities and competition."

The chance to be a Razorback is intriguing.

"It means a lot coming from them since I've grown up right next to the university, and it gives me the option to be a part of the SEC," Bowers said.

Bowers has yet to set up any visits.

"I don't have something planned at the moment," Bowers said. "That's something that I'm still discussing with my family."

He believes his skillset is a good match with Arkansas' offensive style.

"With my ability to throw accurately along with my escapability, I think I would fit really well with the offense coach Morris is implementing," Bowers said.

Bowers, who has a 3.5 grade-point average, is considering computer science or engineering as a major. He doesn't have a firm date for his college decsion.