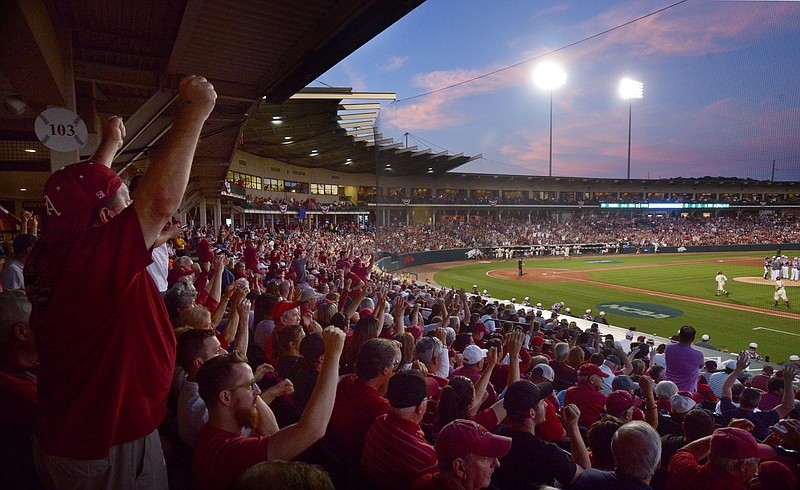 Arkansas fans cheer as Arkansas takes on Missouri State on Monday, June 5, 2017, during the final game of the NCAA Fayetteville Regional at Baum Stadium in Fayetteville.

FAYETTEVILLE — It is one month from the first pitch of the 2018 season at Baum Stadium, but Arkansas already has set a record for season ticket sales.

The previous record for season tickets sold was 5,713 in 2013 when Arkansas was ranked No. 1 by multiple polls in the preseason and coming off a trip to the College World Series the previous year.

The Razorbacks are scheduled to open the season with a three-game series against Bucknell on Feb. 16-18.

Single-seat season tickets remain available in several sections for $225 per seat, but only three sections - 98, 99 and 118 - can accommodate orders for multiple seats. A limited number of single-game tickets and SEC "mini plan" tickets also are available in areas with seatbacks.