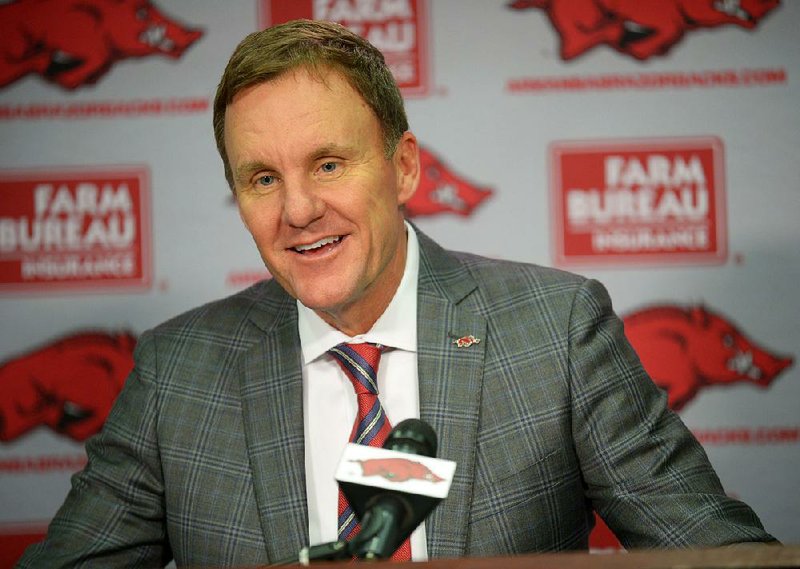 Linebacker Jaylen Moody, 6-2, 225, 4.6 of Conway, South Carolina plans to make an official visit to Alabama on Feb. 2-4 after visiting Arkansas this upcoming weekend. He has visited Ole Miss and Georgia State.

Moody has offers from Arkansas, Ole Miss, East Carolina, Georgia State and others.

Florida 2019 offensive tackle commitment Andrew Coker, 6-8, 338 of Katy, (Texas) Taylor said he and his mother plan to visit Arkansas in the spring after he received an offer from the Hogs on Tuesday.

Linebacker Andrew Parker, who committed to Arkansas on Sunday, doesn't have plans to visit anyone this weekend, but is in talks with Texas A&M to set up a visit, but nothing is set up at this time.

Johnson, 6-2, 184 pounds, 4.43 seconds in the 40 yard dash, of Brenham, Texas, officially visited Arkansas over the weekend. He visited Oklahoma during the season.

Highly recruited junior defensive back Adonis Otey, 6-0, 170 of Murfreesboro, (Tenn.). Blackman plans to visit the Hogs on Feb. 24. ESPN rates him the No. 20 athlete and No. 233 overall prospect in the nation in the 2019 class.

Camden Fairview offensive tackle Stacey Wilkins, 6-7, 270 has changed the date for his college decision from May 26 to May 9. He added an offer from Missouri on Monday to go along with offers from Arkansas, Oklahoma, Memphis, Arkansas State and others.

Arkansas junior receiver target Traylon Burks, 6-3, 205 of Warren had 10 points and 13 rebounds in a loss to Monticello.

West Memphis sophomore forward Chris Moore, 6-6, 210 recorded 10 points and 10 rebounds to help the Blue Devils 69-44 win over Forrest City. The double-double was his 19th out 20 games this season.

Arkansas forward signee Ethan Henderson, 6-9, 190 of Little Rock Parkview had 13 points, 7 rebounds and a block shot in a 66-45 win over Maumelle.