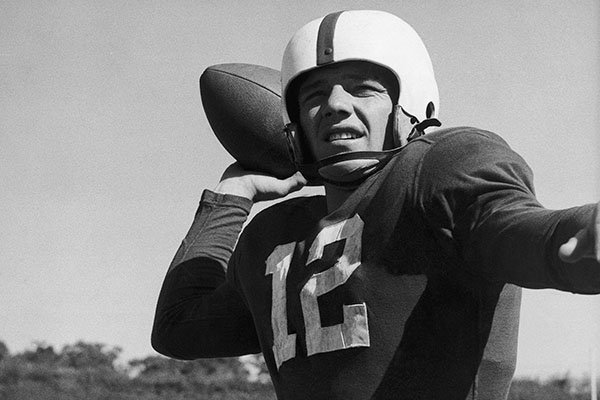 Clyde "Smackover" Scott, a former two-sport athlete at the University of Arkansas, Fayetteville and a silver medalist in the 1948 Olympics, has died. He was 93.

Scott played football and ran track for the Arkansas Razorbacks and is one of only two Razorbacks to have his jersey number, No. 12, retired.

He ran the 110-meter hurdles in track. He finished second to Bill Porter in the London Olympics.