Wolfe ready to announce from Hogs and Aggies 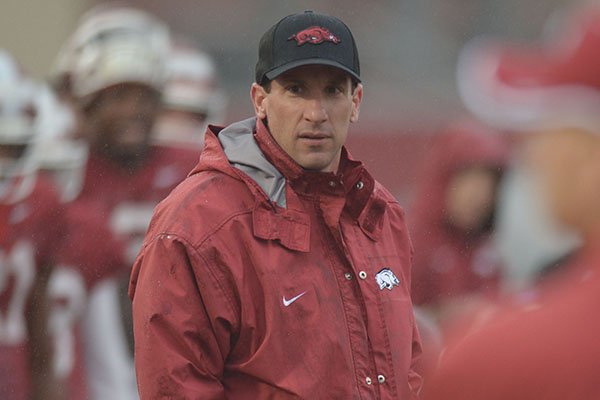 Should he pledge to the Hogs, it will because of his relationship with coach Chad Morris and cornerbacks coach Mark Smith.

“Obviously the coaches,” Wolfe said. “You know, Coach Smith and Coach Morris, they made a big impact on me when I was down there on my official visit. I can see myself playing with them and building a program.”

“They’re my boys,” Wolfe said. “I know boys at Texas A&M, so the bond is already there, and Coach Mo and Coach Fisher, we talk every day.”

He said the recruiting process is coming to a head.

Wolfe has talked to Smith and received good-luck wishes while at The Opening.

“Like whatever decision I make, that’s still going to be my boy,” Wolfe said.

Tuesday’s decision will be final.