The story behind Bumper 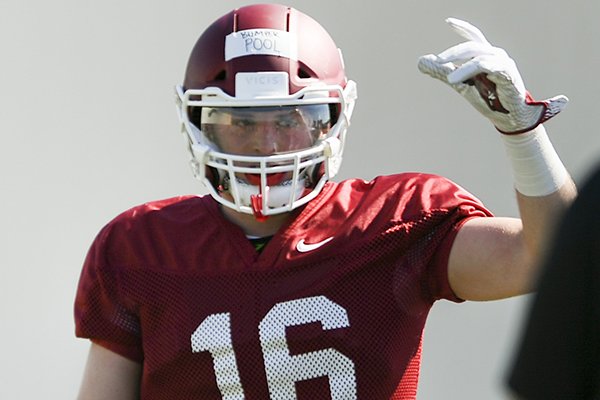 FAYETTEVILLE — “Bumper” may sound like a nickname, but it’s the real first name of the Arkansas Razorbacks’ freshman linebacker from Lucas, Texas.

Bumper Pool was named James Morris Pool at birth but legally changed his name to Bumper when he turned 16 with his parents’ blessing.

“My full name is now Bumper James Morris Pool,” he said. “So I have two middle names.”

The “Bumper” name was the idea of his father, Jeff Pool.

“I’ve been called Bumper since I was born,” Pool said. “I had to explain it to all my friends’ parents.”

Pool had to explain being called Bumper to many of his teachers as well.

“I didn’t even know how to spell my full name when I was going through preschool,” he said. “A teacher asked me to spell my name one day, and I wrote Bumper because that’s what my name was to me.

“My mom [Laurie] really wanted me to be called James because she didn’t think Bumper would stick.”

Todd Ford, Pool’s head coach at Lovejoy High School in Lucas, said Bumper is a fitting first name for him.

“In my opinion he has the best linebacker name in the entire signing class of the United States,” Ford said. “He loves to hit, so I think it fits him quite well.”