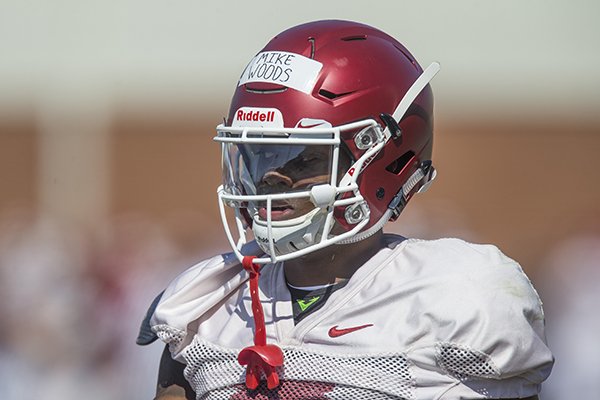 ATLANTA — Arkansas football coach Chad Morris addressed the status of two receivers on Tuesday at SEC media days, one still with the team and the other currently off the roster.

Morris said of junior Brandon Martin, “where he is today, he’s not a part of our roster” due to academic issues.

“Don’t know if he will become part of our roster again,” Morris added. “I don’t know at this point.”

Asked if there was a chance Martin could re-join the team this year, he said, “I do not see that happening right now.”

Morris also said he was continuing to gather information on freshman Mike Woods, who was arrested over the weekend and charged with DUI, minor in possession of alcohol and improper lane usage.

“We’re handling it in-house right now and gathering all the facts and information,” Morris said.

He said his message to Woods, who made it onto the two-deep depth chart during spring practices, was that the actions of a few impact many.

“His actions impacted a lot of people,” Morris said. “With that there’s an accountability and consequences for every decision that’s made, good and bad. We’ll build on that and move forward, and at the right time we’ll gather all the information and put the final synopsis out there.”