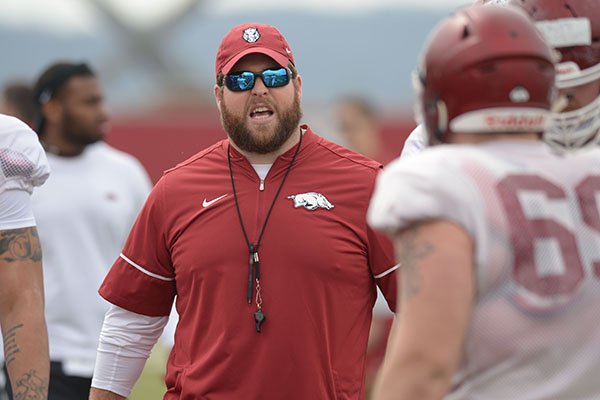 FAYETTEVILLE — Arkansas has offered another junior college lineman in the 2019 class.

Scranton, Pa., Lackawanna left tackle Chibueze Nwanna (6-8, 315) was offered by the Razorbacks - his seventh offer overall - on Wednesday and is being recruited by Arkansas offensive line coach Dustin Fry.

He is the second Lackawanna offensive lineman Arkansas has offered along with Anthony Whigan (6-5, 290), who is being recruited by Oklahoma, Penn State, Louisville, South Carolina and others.

Anderson has offers from Arkansas, Louisville - where he has already taken an official visit - Colorado State, Fresno State and others.