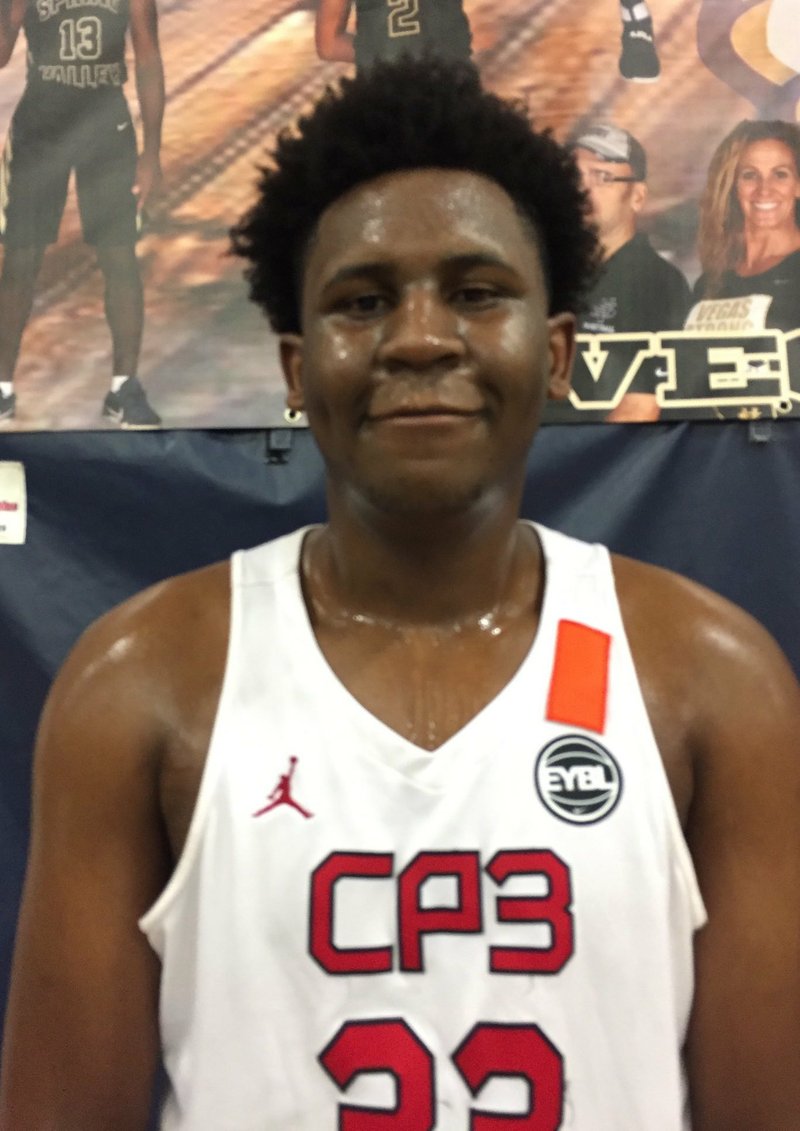 LAS VEGAS — Arkansas is taking a strong look at a versatile big man who is also fond of the Hogs.

Center B.J. Mack is a unique talent who likes to bang inside and use his body and athleticism to his advantage but also has the capability of handling the ball and playing outside the paint.

“I’m really, like, back to the basket, but I can face up and come up and stretch the floor for my team,” Mack said.

Mack, 6-8, 250 pounds, of Mouth of Wilson, Va., Oak Hill Academy, has 13 offers from schools such Virginia Tech, Georgia, Ole Miss, East Carolina and others. He and Razorbacks assistant Scotty Thurman have been in constant contact.

“So I guess Coach Thurman and them see that I can really help their team,” Mack said. “If I need to play the four, I can play the four and help our big man down low.”

He showed his versatility by scoring 14 points and hitting two three-pointers in CP3’s 89-56 victory over Team Melo in Las Vegas. He and Thurman have discussed his role should the two become a match.

“They want to utilize me down low and put me out on the wing,” Mack said.

A Charlotte native, Mack was a first-team All-Charlotte Observer as a sophomore at Charlotte Christian while averaging 13 points and 8 rebounds before transferring to Oak Hill for his junior season.

Mack, whose father played basketball at North Carolina Central, likes how the Hogs allow their big men freedom on the offensive end.

“I watched some of the games they played on ESPN, and I like the way they play and how they feed the bigs and space out the floor,” Mack said.

He calls his relationship with Thurman “great.”

“He calls me like almost every day and tells me a lot about the program and what he thinks I can do,” Mack said.

Mack said there have been discussions about getting him to Fayetteville for a visit. He enjoys getting advice from Thurman.

“I get a good vibe from him,” Mack said. “He really helps me out and gives me good information about what he sees in the game and how I can improve.”