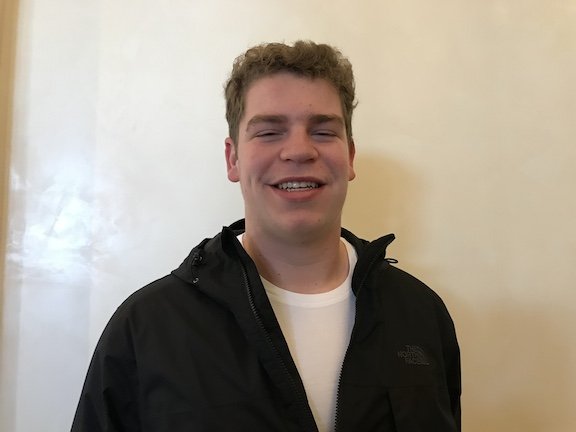 During the recruiting process, schools often tout their family atmosphere. But the sell doesn't always live up to reality.

For Bob and Shannon Winkel, the parents of Arkansas Razorbacks freshman offensive lineman Ray Winkel, Coach Chad Morris and his staff are living up to their promises during the recruiting process.

They saw that first hand when Ryan and other freshman reported to Fayetteville on May 27.

Bob and Shannon debated whether to drop Ryan off at Fayetteville and head back home or stay the night. But a few weeks before the reporting day, they received an in-depth itinerary of the day for parents and players.

"As a mom, I was like thank you, because it really did allow me to spend the day with Ryan on campus and not be in a hurry and in a rush," Shannon Winkel said.

Upon arrival at around 11:15 a.m. the Winkels -- along with other players and parents -- were able to mix and mingle with Morris and other staff members while enjoying snacks.

"We got there and there was big sign 'Welcome Home,' " Bob Winkel said.

At 11:30 a.m., the players and parents headed downstairs to a team meeting room, where Morris and his wife Paula shared their experience of dropping off their daughter Mackenzie at Texas A&M for the start of her freshman year.

"They know how to send a kid off to college, and they know the emotions you go through," Shannon said. "They said that's why they did this.

"Most places, if any, I don't think do that. Right there just said a whole lot about the coaching staff and how much they truly do care about the players and their families."

The parents were assured the players would be guided around the first few days on campus.

"They're with them," Shannon said. "They're guiding them, and they made that very clear."

Arkansas strength and conditioning coach Trumain Carroll was up next to educate parents on how he and his staff would develop their sons. For Bob, the reality of his son being an Arkansas Razorback sunk in when everyone headed to the locker room.

"That was really neat to go in there and actually see his name on the locker," Bob said. "They all put their jerseys on and walked outside to the outside practice field and got to take pictures with the moms and dads."

What is usually an emotional roller coaster day for the parents, wasn't so.

"They made us totally feel like I know Ryan is in good hands," Shannon said.

The Razorbacks' staff hasn't changed since they started to recruit Ryan in December.

"They're just so family-oriented," Shannon said. "It's unbelievable. They do say that when they recruit you. They mean it. They truly mean it.

The parents were also able to hear from the Razorbacks' equipment manger, who educated what their sons would be outfitted with. Randy Ross, Arkansas' director of football operations, talked about several topics, including how parents get their tickets for games.

"If I can stress one thing, is the communication was absolutely excellence," Bob said. "They let you ask questions, and there was somebody there to answer that."

The next step was moving the players into the dorms, where there was no shortage of help from graduate assistants and other staff members helping with the move.

"We had everything upstairs in his room in the matter of 20 minutes," Bob said.

The drive back home was less stressful for the Winkels.

"We're leaving them with our family," Bob said. "It was truly how we felt. We're just leaving him with another family member. For us, we walked away feeling more secure, more confident that without a doubt the University of Arkansas is the right place to be."

Shannon said she is confident future recruits and their parents will see the family atmosphere at Arkansas is for real.

"I hope they can feel this and I hope they can see this as they come though, because I know no way other schools do it to this depth," she said. "There's just no way."