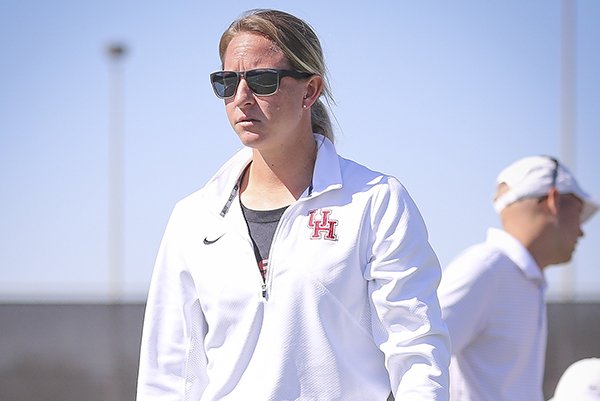 Courtney Steinbock, who spent four seasons as head coach at Houston, has been hired to the same position at Arkansas.

Steinbock was previously the women’s tennis coach at the University of Houston, where Yurachek was director of athletics prior to being hired at Arkansas on Dec. 4.

“I am so excited to be a part of the University of Arkansas and the Razorback family," Steinbock said in a release announcing her hire. "This program is so rich in tradition and has a history of great success. Having coached in the SEC before, I am beyond thrilled to get back to such a prestigious conference and at the helm of the Razorback program.”

Steinbock led Houston to a 20-4 record in 2018. The Cougars were ranked as high as No. 49 in the Intercollegiate Tennis Association rankings.

Her hiring comes more than a month after 15-year coach Michael Hegarty was fired following a controversy that saw Arkansas play six matches in one day against Tennessee State to boost its record to .500, the minimum requirement for consideration for the NCAA Tournament. Hegarty led Arkansas to the NCAA Tournament nine times, but failed to do so in 2018.