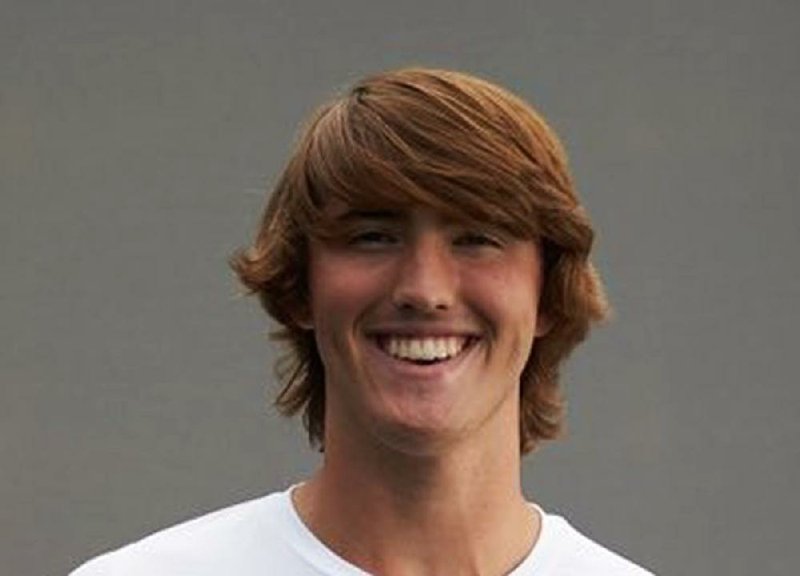 "I was blown away," McLaughlin said. "You're not expecting this when you come to Arkansas, but everything was very nice. The coaches were very personal. It was awesome."

McLaughlin, 6-4, 225 pounds, of Suwanee (Ga.) Buford received his first scholarship offer from Georgia State and Missouri as a seventh-grader. He was mentioned on a 60 Minutes episode called "Quarterback Guru" that aired in 2013, which featured quarterback tutor Steve Clarkson.

He now has 28 scholarship offers from schools such as Arkansas, Georgia, Alabama, Michigan, Florida State, Texas A&M and Southern Cal.

McLaughlin, who was accompanied by his father Craig, led Buford to a 11-2 record as a freshman. He made a strong connection with offensive coordinator and quarterbacks coach Joe Craddock.

Hearing Coach Chad Morris speak to the campers at the end of the night stood out for McLaughlin.

"I was blown away by the facilities, but hearing Coach Morris talk at the end right there was pretty nice," he said. "That was pretty cool hearing how much of a family guy he is and just how much they really care about you here."

Morris hit on several topics, including behavior on Twitter, academics, character and the program's family atmosphere.

"For me, it's not all about who won what game," McLaughlin said. "Obviously a championship is the ultimate goal, but overall when making a college choice I want to go to a place that prioritizes family and who you are as a person more then a player. What Coach Morris said really hit on that."

Since January, he also has visited Ole Miss, Auburn, South Carolina, Alabama, Tennessee and Southern Cal. The University of Arkansas, Fayetteville has climbed his list.

McLaughlin is confident in his abilities, but he is determined to improve.

"I feel like I throw a great ball, but there's stuff with my footwork that I need to improve," he said. "I feel like I got better with that throughout the day. I'm just trying to get better at everything. If there's something I can get better at, I will."