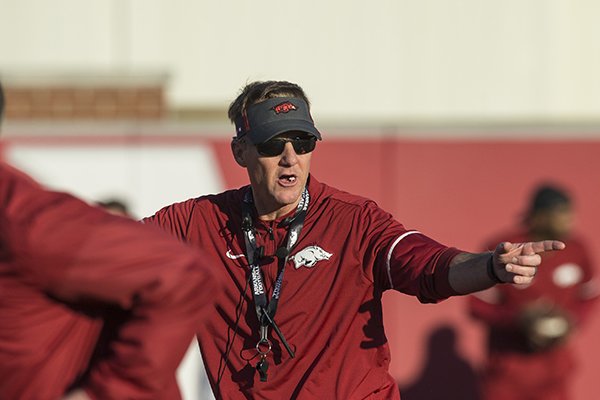 Rison athlete Malik Chavis has committed to Arkansas while visiting the Hogs today.

Chavis, 6-2, 180, 4.43 seconds in the 40 yard dash, chose the Razorbacks over interest from Ole Miss, Oklahoma State and others. He and his parents visited the Hogs on Saturday and were able to watch the first spring scrimmage.

"Arkansas is home," Chavis said. "I always grew up wanting to play here, and after seeing the practice today and the environment is incredible. The practice is very enthusiastic. Arkansas is just home to me. I just felt like it was right thing for me to do."

The in-state junior class is one of the best in numerous years and features seven other prospects with offers from the Hogs. Coach Chad Morris was thrilled to see Chavis become the in-state pledge.

"He told me I made his day," Chavis said. "He was like now I can set the tone for the rest of the in-state guys."

Chavis, who's being recruited to play cornerback, had 128 carries for 998 yards and 14 touchdowns this past season while also having 19 unassisted tackles.

He believes he can help convince the other in-state prospects to join him in Fayetteville.

"I’m close to most of them so that could help, but they always say that Arkansas has been successful when they have in-state guys on the team," Chavis said. "So let’s get it going."

Chavis is the Hogs' third commitment for the 2019 class.