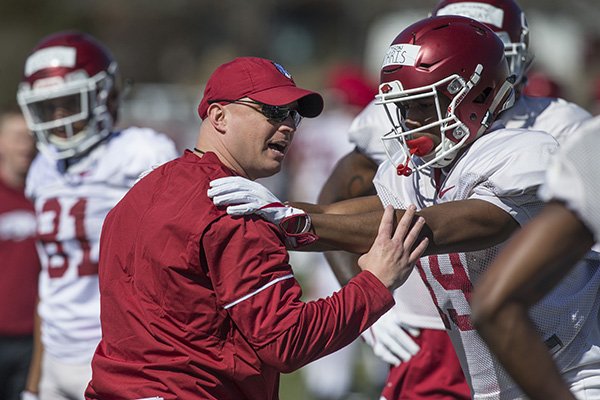 Sophomore receiver Michael Redding III announced an Arkansas offer via Twitter shortly after Stepp visited the school Friday. He said Stepp mentioned he liked what he's seen of him.

“[He] told me about Arkansas and said how great it was,” Redding said. “I plan on visiting Arkansas this summer.”

He likes what he’s heard from Stepp.

“Coach Stepp seems like a cool coach,” Redding said. “He keeps it real no matter what, and he builds relationships that seems unbreakable. He definitely made a great impression on me and my teammates.”

In addition to the offer from the Hogs, Redding also has offers from Georgia, Syracuse, UAB, Troy and Southern Miss. The Razorbacks have also offered receivers Shamar Nash and Josh Delgado at IMG.

“Yeah, he told me that Arkansas is great and that the stadium just got done,” Redding said. “I can’t wait to see the new stadium.”