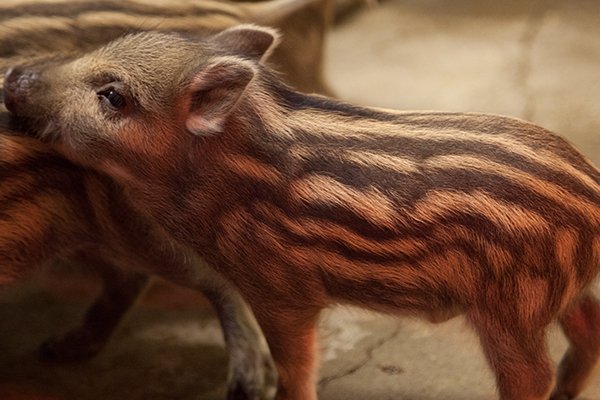 The university announced the birth and selection of Tusk V on Wednesday. A fifth-generation Russian boar and son of the current mascot, Tusk V was born April 19 in a litter of five at the Dardanelle farm of Keith and Julie Stokes, who are the primary caretakers of Arkansas' mascots.

Arkansas restarted its live mascot program in 1997 with Tusk I and a lineage fund was established in 2008.

In the 1960s and '70s a number of live mascots were used by the university. In 1977, a mascot named Big Red III escaped an exhibit near Eureka Springs and was shot by a farmer. The following year another live mascot, Ragnar, died in the small South Arkansas community of Leola after a spree in which it killed a coyote, a domestic pig and seven rattlesnakes, according to university records.

🐗 Welcome the newest member of the @Tusk_UA family!