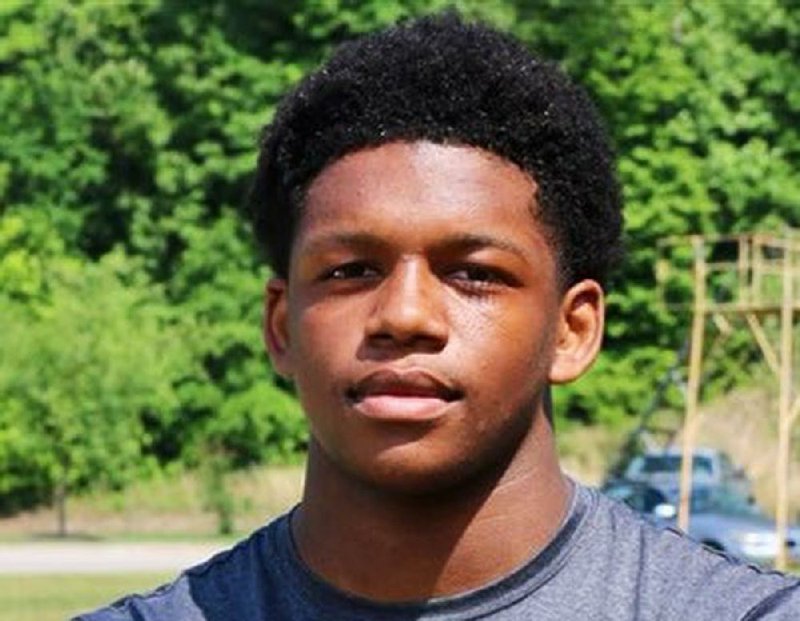 Junior athlete Jabari Small made his third trip to Fayetteville with teammate and highly recruited lineman Omari Thomas on Saturday for the LSU game.

Small, 5-10, 186 pounds, of Briarcrest Christian in Memphis, has offers from Arkansas, Tennessee, North Carolina, Memphis, Central Michigan, Cincinnati and Southern Mississippi. He and Thomas had previously visited the Hogs in February and June.

He and his parents were able to spend valuable time with Arkansas coach Chad Morris.

“Spending time with coach Morris twice with my mom and dad,” Small said. “Loved hearing about what his plans and his vision is for me.”

Small was a major reason the Saints advanced through the playoffs until losing to Montgomery Bell Academy 10-3 on Friday. He rushed 141 times for 1,118 yards and 12 touchdowns while catching 21 passes for 244 yards and 3 touchdowns this season.

Morris wants him to be a leader of Arkansas’ 2020 class.

“He wants me to be the foundation for the 2020 class and bring some speed to Fayetteville and be a trendsetter, or create my own legacy,” Small said.

Small and Thomas, who's being recruited to play on the defensive line, were one of several Memphis-area prospects visiting the Hogs over the weekend. The idea of being a Razorback has crossed Small’s mind.

“It’s definitely in my thoughts, but I know my recruiting is picking up and I’m just going to try and take my time,” Small said.

Small’s relationship with the Arkansas staff is the best of all the schools recruiting him.

“I’m still pretty much open to everybody, but I do have the best relationship with that staff so far,” Small said. “They just do a good job with keeping in touch with me.”