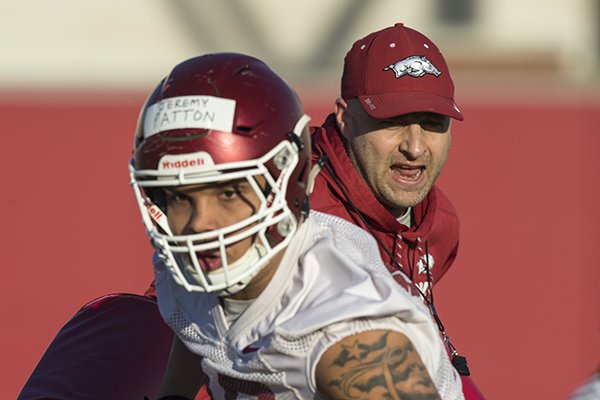 Lunney and some other coaches on the staff attended games of several prospects and commitments before the Texas A&M game at AT&T Stadium in Arlington, Texas.

He heard from Coach Chad Morris, Lunney and offensive analyst Will Bryant on Sept. 1, the first day coaches could contact junior prospects.

"We had a game that night and right afterwards, at like 12:01 or 12 o'clock, I get a text from Arkansas, 'Hey Elijah, how's it going?'" Yelverton said. "The phone was blowing up from the coaching staff, and we've kept in touch since then and been having good conversations. I talk to all three of them almost on a daily basis."

Morris is one of the few head coaches who communicates with him.

"Out of the 19, there's definitely not a lot of them that do, but it's always great when a head coach texts you," Yelverton said. "It's a great feeling."

His teammate, Hogs junior running back target Jaden Hullaby, plans to attend Arkansas' game against Alabama in Fayetteville on Saturday. Yelverton said he might ride with Hullaby and visit, too.

"I can tell you right now he's probably one of the best players we've coached when it comes to his overall ability," Johnson said. "He can run, he can catch. A really tough kid. He's an extreme competitor."