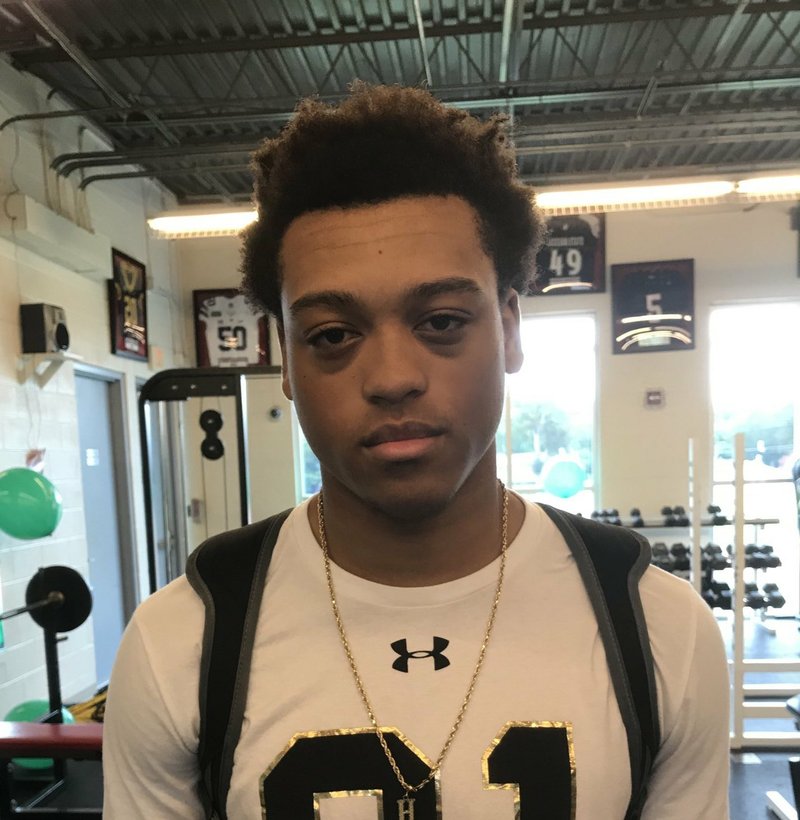 Despite watching Arkansas lose to Alabama, one of the top juniors in Texas came away impressed with the Razorbacks fans.

“I really like the energy of the fans and the atmosphere of the game,” Hullaby said.

Hullaby, 6-2, 210 pounds of Bishop Dunne in Dallas, has 13 offers from schools like Arkansas, Baylor, Colorado, Florida, Iowa, Michigan State and others. His younger brother Landon Hullaby, a freshman running back and defensive back for the Falcons, also attended the game.

“The coaches really make you feel like you're at home,” Hullaby said. “Real cool guys.”

Hullaby said his parents were also impressed with the trip.

“They said they like the atmosphere and also the fact that I have family close,” Hullaby said.

His family in Arkansas is low key when it comes to his recruitment, but Hullaby knows they probably want him in Fayetteville.

“Honestly, nobody in my family is trying to influence me. They say it's my decision, but I'm sure they secretly would like to see me become a Razorback,” Hullaby said.