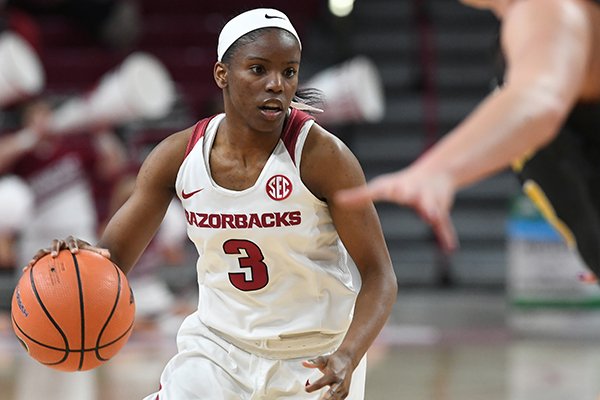 The Little Rock native led the Razorbacks in scoring at 15.9 points per game last season and averaged 3.4 rebounds while totaling a team-high 122 assists. Monk scored in double figures in 29 of Arkansas’ 31 games in 2017-18 and finished with 20-plus points nine times.

Monday night, Monk scored 12 points on 5-of-8 shooting and dished out two assists in 15 minutes in Arkansas’ 115-54 exhibition win over Southwest Baptist in Bud Walton Arena.

As a team, the Razorbacks were selected to finish 11th in the SEC in coach Mike Neighbors’ second season.

Arkansas wraps up its exhibition schedule Thursday against East Central University at 7 p.m before officially opening its season Nov. 9 against Northwestern State in Bud Walton Arena. Tipoff is set for 10:30 a.m.