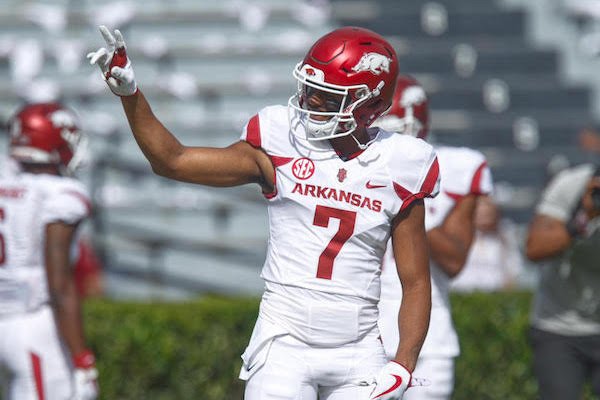 Senior receiver Jonathan Nance announced early Monday morning that he will redshirt and transfer from Arkansas in December.

In June, the NCAA Division I Council approved a proposal that would allow college football players to participate in up to four games without burning their redshirt for the season. Nance has played in each of the Razorbacks' four games this season. He has one reception for minus-2 yards.

Last season, Nance led all Southeastern Conference receivers in catch rate (66.7 percent) on passes of 20-plus yards, according to Pro Football Focus. The football analytics site tweeted a graphic of Nance’s downfield success in July and, last week, the tweet resurfaced with comments from Razorbacks players.

Nance enrolled at Arkansas in January 2017 and participated in spring practice. He was rated as the No. 13 junior college receiver and the No. 117 overall prospect by 247Sports, choosing Arkansas over Colorado State, Troy and Louisiana-Monroe.