Is Arkansas talking to Sampson a joke? 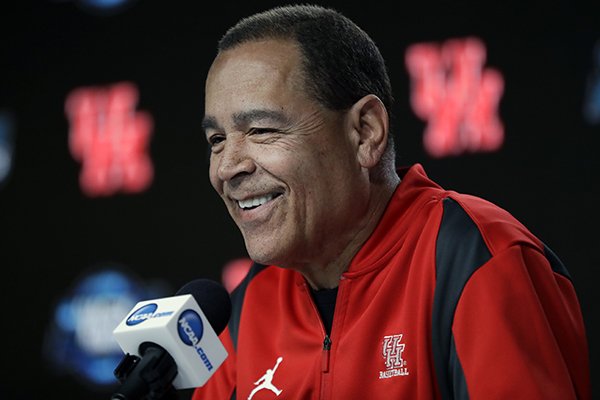 Finding a nugget of information to report in the basketball coaching search at the University of Arkansas was more complicated Monday -- it was April Fools' Day.

Granted, most journalists post on Twitter, but nothing is taken for fact until it has been checked out.

So when Houston TV sports director Mark Berman tweeted early Monday morning that Arkansas has not talked with Houston's Kelvin Sampson, it wasn't known whether it was a statement of fact or an April Fools' joke.

Berman gets more than his share of scoops on UH athletics, but several people associated with the Cougars already had gone on record saying they know their former athletic director, Hunter Yurachek, was interested in hiring his old friend Sampson.

So maybe at 6:39 Monday morning, Berman was wanting to get a jump on April Fools' Day.

It made for a little fun for a little while, then attention turned back to who will be the next Razorbacks basketball coach.

The big picture is there are several quality jobs open.

UCLA, Texas A&M and Arkansas are all searching, as well as Vanderbilt and more than 20 mid-majors. No one knows what is going on at LSU or Arizona, where the still-employed head coaches are involved in the FBI investigation into college basketball.

Arizona is a very good job. LSU should be, but it has the worst facility in the SEC, which makes recruiting there not easy.

The main coaching targets appear to be Sampson, Virginia Tech's Buzz Williams, former UCLA coach Steve Alford and Texas Tech's Chris Beard. There are strong rumors Billy Donovan has had enough of the NBA and wants to get back to the college ranks. That would be another headliner.

It's hard to believe that just three years ago Beard was just a ripple in the basketball pond after he took the University of Arkansas at Little Rock to the NCAA Tournament and knocked off Purdue.

Yet, in his second year at Texas Tech he took the Red Raiders to the Elite Eight, and this year they are in the Final Four, which means his stock has soared. But Beard is not your average coach.

He's happy where he is. Two of his three daughters are close to enough to drive to for visits (the oldest is in college). If he had a dream job it would probably be Texas, his alma mater and where he worked as a graduate assistant for Tom Penders.

Anyone interested in Beard should probably contact Eddie Fogler, the former Vanderbilt and South Carolina coach who played for Dean Smith at North Carolina. He has a consulting firm and was the one to recommend Beard to UALR.

Everyone is familiar with Sampson, who said after losing to Kentucky in the Sweet 16 that he'd wrap up all this talk about other jobs quickly. That was Friday. Quick in Houston must be different than other places.

Williams is a Texas native and the hot name to take over Texas A&M, where he served as an assistant under Billy Gillispie before becoming the head coach at tiny New Orleans as a 33-year-old. He quickly moved up to Marquette and took Virginia Tech to this year's Sweet 16.

Alford has taken four schools to the NCAA Tournament, two to the Sweet 16 -- including three times at UCLA -- but he was fired this season after losses to Belmont and Liberty, both NCAA Tournament teams. Liberty knocked Mississippi State out in the first round. Alford's record is 587-298.

Donovan has won a couple of national championships, so what else needs to be known about him?

Of course there are others, maybe not as well-known but qualified. Stay tuned.